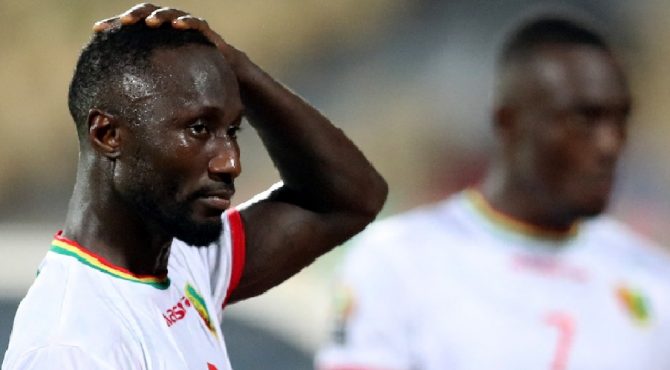 In their third group match, Guinea lost to Zimbabwe (1-2). Despite this defeat, the Syli qualified for the next round by being second in their group. Beyond the result, it is the suspension of its star Naby Keita that worries.

A disappointing performance
The Syli National of Guinea lost to the Zimbabwean Warriors in a match that was not as good as the previous ones. A defeat that deprives Guinea of the first place in the group. Ousmane Sylla, a supporter of the Syli National contacted by SNA, analyzes the performance of the men of Kaba Diawara. "It is a disappointing performance of the Syli. In the content, we were not up to the level as it was the case in previous games. This system of Kaba Diawara has shown its limits but he is stubborn. There were many errors of concentration. We also lacked realism in front of the opposing goals. We have to rectify this in the round of 16 because from then on, mistakes will be paid for in full".

The question of the playing system advocated by Kaba Diawara (5-3-2) came to the fore. Alhassane Camara for his part believes that the system is not adapted to the team. "The coaching of Kaba Diawara was not up to the task today. He gave us his famous 5-3-2 but the animation was missing. Zimbabwe struck twice and found the net in the first half. In the second half, we lost chances. This deprived us of the equalizer and of the first place. Now we will put things into perspective while waiting for our next opponent. Guinea, like Senegal, held their ground to qualify for the next round.

Ousmane Sylla believes that this defeat may be of major importance. "The only positive thing about this defeat is the fact that we came down to earth. Many saw this team very beautiful and even favorite for the rest of the tournament while we are far from this status. But this will allow us to put things into perspective and not to gloat too much.''

Naby Keita suspended: an absence that worries Conakry
More than the defeat, the Syli fans remember the yellow card of captain Naby Keita in the 91st minute. It was a card synonymous with suspension in the round of 16 for the Liverpool player. This is what Alhassane Camara regrets. "Taking a yellow card in the 91st minute for a player like Naby Keita is really stupid. It is really incomprehensible. This card suspends him for the eighth final. "Imagine, Guinea will be deprived of Naby "Deco" who since the beginning of the competition is one of the few expected stars who has so far held his rank. Fortunately, Amadou Diawara, who was under suspension, did not take part in the match. If the Roman had been suspended, it would have been a disaster," he said.

As in 2019, Guinea is in the round of 16 of the competition. The fans hope not to relive the scenario in Egypt three years ago. The Guineans had lost to Algeria by three goals to zero. While waiting to know the identity of its opponent in the round of 16, the euphoria that animated the fans gave way to doubt after the defeat against Zimbabwe.