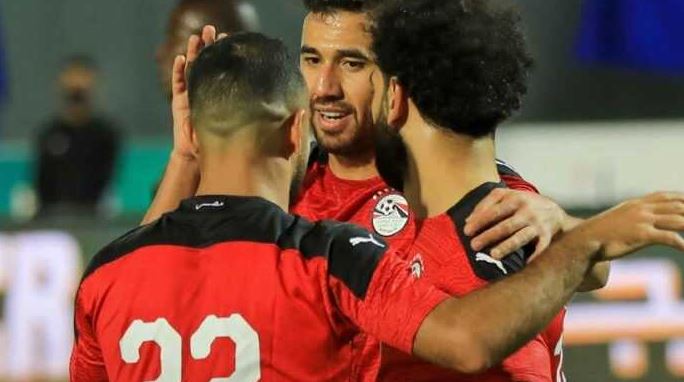 Egypt, who defeated Sudan in the last day of the group phase of the 2021 African Cup of Nations, have qualified for the 8th finals. The Pharaohs finish in 2nd place in the group, behind the Super Eagles who have won a 3rd victory over Guinea Bissau.

Egypt has rectified the situation. The Egyptians, who have been in the last eight of the 2021 Africa Cup of Nations since their opening match against Nigeria, have now qualified for the last eight after beating Sudan 1-0 in their second group game. The Pharaohs had to win to be assured of finishing alone in second place behind the Super Eagles, and they took the measure of their opponents in the Nile derby. The seven-time African champions started the game with a bang, but were unable to find a way through. The Sudanese last line of defense, Mohamed Mustafa, made two decisive saves.

Despite this solidarity and defensive solidity, the Knights of the Mediterranean were only able to repel what seemed inevitable. And it is logically that Abdelmoneim, alone at the reception of a corner (34th), opened the score. It was a liberating goal for Mohamed Salah's team-mates, who tried to find safety in the aftermath, without success. They even had a few scares in the second half against the more incisive Sudanese. The consequences of Burhan Tia's resolutely offensive choices. But Hubert Velud's successor soon saw his team show its limitations and falter physically.

Mohamed Abdelmoneim scored the only goal of the game as #TeamEgypt secured qualification to the knockout stages.

Nigeria make a clean sweep
Egypt took advantage of the situation to get back into the game, but without managing to double their lead. Salah and El Soulia both had chances to make it 2-0 but missed the target. A lack of realism without consequence this time, since the victory was at the end for the Pharaohs, who ensured their 2nd place in group D, synonymous with qualification. The Pharaohs are in the same group as Nigeria, who confirmed their leadership in style against Guinea Bissau (2-0). Despite a team largely reshuffled with eight changes, the Super Eagles once again showed their offensive power. With Kelechi Iheanacho in the spotlight, Augustin Eguavoen's men had to wait until the second half to force the issue.

Iheanacho came close to scoring with a shot from nearly 50 meters out, but the ball was passed to Sadiq Uamr, who just had to finish it into the empty net (56'). And just as the Djurtus were putting their last bit of energy into trying to get back into the game, Troots-Ekong sealed the final outcome (79'). A 2-0 victory, the third in three games for Nigeria, the only team in this competition to have achieved such a performance. This makes them a serious contender for the title for the rest of the competition. In the round of 16, Nigeria will face a better 3rd of groups B, E or F. Egypt will face the leader of group F, namely Côte d'Ivoire, Equatorial Guinea, Sierra Leone or Algeria.