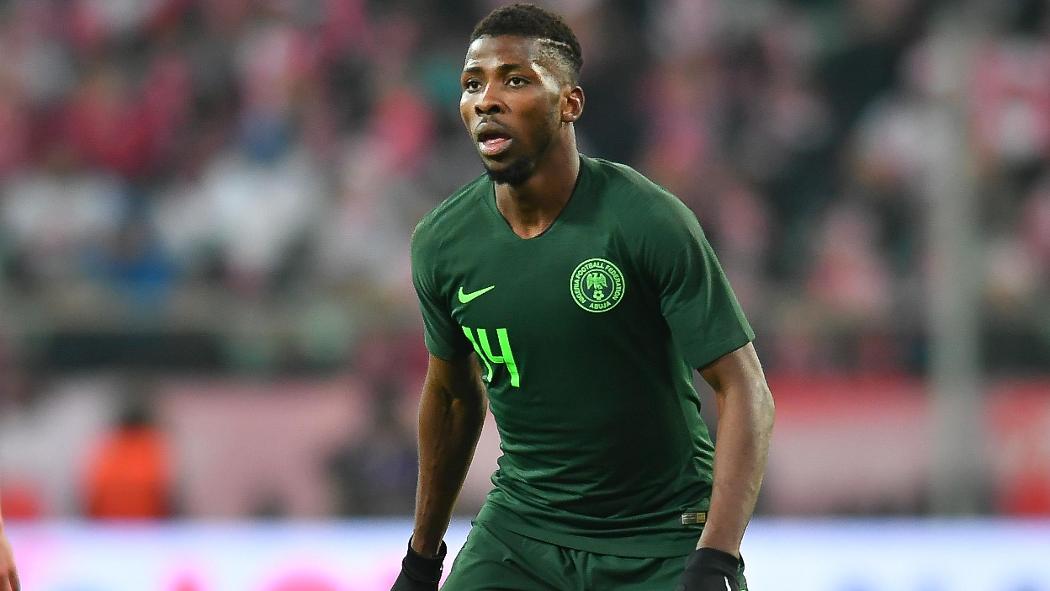 Kelechi Iheanacho was the hero as Nigeria defeated Egypt in their Cameroon 2021 Africa Cup of Nations Group D opener in Garoua on Tuesday.

The Leicester City striker gave the Super Eagles the crucial lead after just 30 minutes of action with a brilliant volley inside the opponents' box.

After finding themselves on the back foot, the Egyptians led by Liverpool star Mohamed Salah struggled to split the solid Super Eagles defence as Iheanacho continued to threaten before the half time.

After the recess, Taiwo Awoniyi and substitute Chidera Ejuke came close in the closing stages to compounding the woes of the seven-time African title winners at the Roumde Adjia Stadium.

It was an winning start for Interim coach Augustine Eguavoen, who had took over from sacked long-serving boss Gernot Rohr just four weeks before the showpiece following an uninspiring Qatar 2022 World Cup qualification campaign.

With three points in the bag, Nigeria will face Sudan in the second Group D tie to put a foot in the knockout stages at the same venue on Saturday, January 15.

On the other hand, Egypt, who put up an underwhelming performance for the most period, managing just one shot which came off the foot of Ahmed Sayed but was saved by Nigeria keeper Maduka Okoye who was mostly on a holiday.

Following the opening defeat, the Pharoahs will look to revive their hopes of advancing against debutants Guinea-Bissau on the same day and same venue.