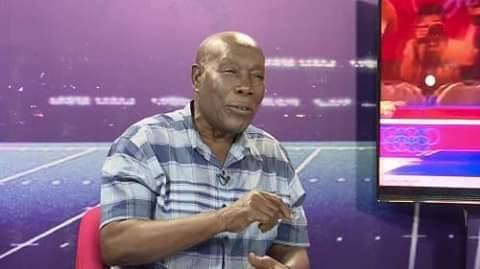 Striker, Wilberforce Mfum because a household name in Ghana and on the continent during 1963 AFCON.

Mfum became the first Ghanaian to score a goal in the history of the Africa Cup of Nations when he scored against Tunisia in the 1963 AFCON group game at the Accra Sports Stadium.

However, just like many ex players, the Ghanaian legend revealed that, despite all his years of playing for Nation, he didn’t get enough recognition adding that he would have poverty-stricken if he had not traveled abroad to seek greener pastures.

“I didn’t get anything after all my service to the nation. If I had not traveled to abroad to seek greener pastures I would have been poor by now. After everything we have done for the country when we go to the stadium for games, they even charge us to pay. We have complained to the new FA that at least they should even accredit us give us a card to identify us when we go to the match venues, but still nothing”-he revealed in an interview with local radio interview.

He played for the Black Stars for 13 years before hanging up his boots.

“At the time of serving the country you won’t realize it but when you finish servicing that is when you will regret representing Ghana. We didn’t make a lot of money whilst we were playing like the current generation of players”.

Speaking on Ghana’s chances in the upcoming AFCON, he said.

“Our faith is in our own hands so as to whether we will win the AFCON trophy or not depends on the players on the field. The players must take pride in the fact that they are representing the entire country and as a country, let’s support them with our players”.