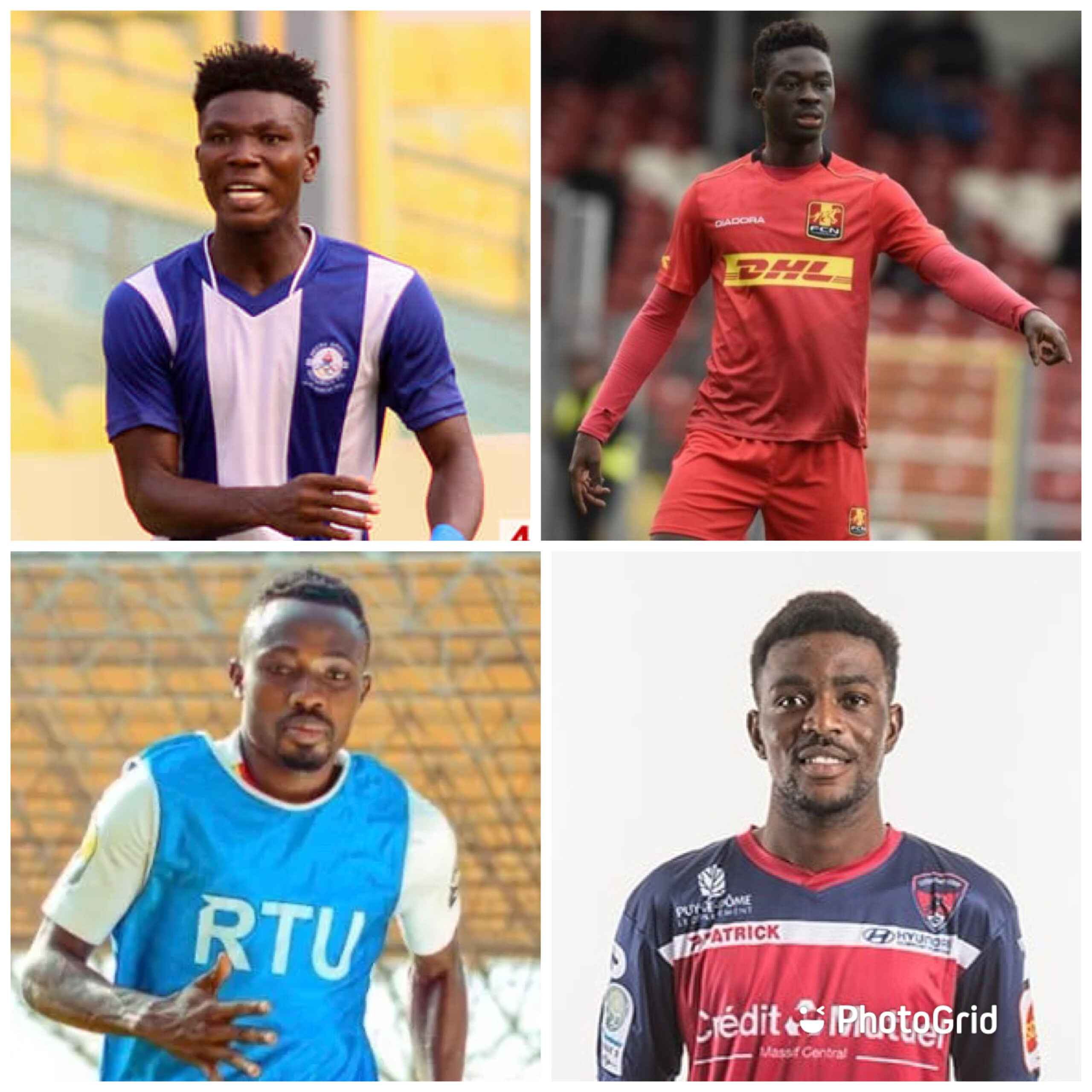 The four players will join the rest of their teammates for pre-AFCON training in Qatar at the end of this week.

“Seeing my name in this provisional list is a big win, all thanks to God, coach Daniel Annor Walker, management of this great team, my team members, the lovely fans and every single person supporting me. At least my hard work is being recognized. We hope for the best,” he tweeted.

Vitoria Guimaraes’ defender Abdul Mumin is receiving a call up for the first time as well as in-form Abdul Salis Samed.

Abdul Salis Samed, 21 years has played 17 out of 18 games for his side and is yet to score or assist. He has received five yellow cards and one red card so far .

Maxwell Abbey Quaye, 23 years old has played eight out of nine games for his club, scoring seven goals with two assists, no yellow nor red card .

David Abagna Sandan is 23 years old and has also played nine out of nine GPL games for his club, scoring eight goals with two assists. No yellow or red card .

Finally, 23-year old Khalid Abdul Mumin has played twelve out of fifteen games for his club, no goals or assists. He has received four yellow and two red cards.

The team begins preparations this week before Milovan Rajevac prunes his team to a 28-man squad for AFCON 2021.

The Black Stars will begin camping on Wednesday, December 22, 2021 in Doha, Qatar for a 17-day training camp in preparation for the Cup of Nations which kicks off on Sunday, January, 09, 2022.

The Black Stars will play three friendly matches while in Qatar. The Ghana Football Association has already concluded talks with Algeria while engagements are on-going for two additional matches.

The Black Stars have been drawn in Group C alongside Morocco, Gabon and Comoros Island for the AFCON.

The West Africans finished third on the table to book their 23rd qualification for the continental tournament to be held in Cameroon.

Ghana rounded up their 2021 Africa Cup of Nations qualification campaign in fine fashion with a 3-1 home victory over Sao Tome and Principe in their final game on Sunday, 28th March,2021.