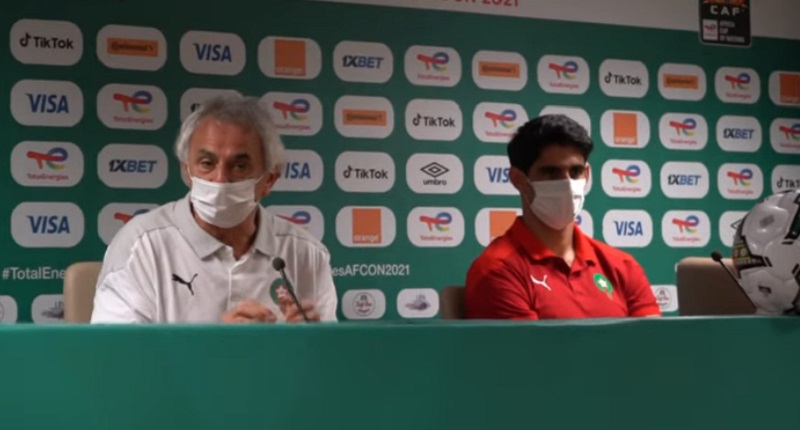 .
Morocco vs Gabon is always a complicated match for the Atlas Lions. This was again the case on Tuesday in the third match of group C of the AFCON 2021. In Yaoundé, the Panthers almost got the better of the Atlas Lions, but the latter were able to keep their first place thanks to a wonderful free kick from Parisian Achraf Hakimi.

The Atlas Lions' coach even looked relieved at the end of the game. "We will be happy, I can't blame my boys. Life goes on. We know that it is always difficult against Gabon," said Vahid Halilhodzic.

Asked about the changes made before the game, the coach said he wanted to test other players. But he has "nothing to reproach them" despite the two goals taken on defensive errors. "You can criticize my choices. I always sleep well. I work, I can always make mistakes. I make mistakes. But at the moment I love my group and my players. They fight together and that is a huge satisfaction '', added the Moroccan coach.

Morocco has three potential opponents for the round of 16 depending on the current situation of the other groups: Tunisia, Cape Verde and Malawi. However, the Atlas Lions would like to avoid Tunisia, an opponent that often causes them many problems.

"We will say Malawi, because Tunisia is always complicated to play and Cape Verde has already caused us problems during an African Cup of Nations," said former Morocco captain Mehdi Benatia.