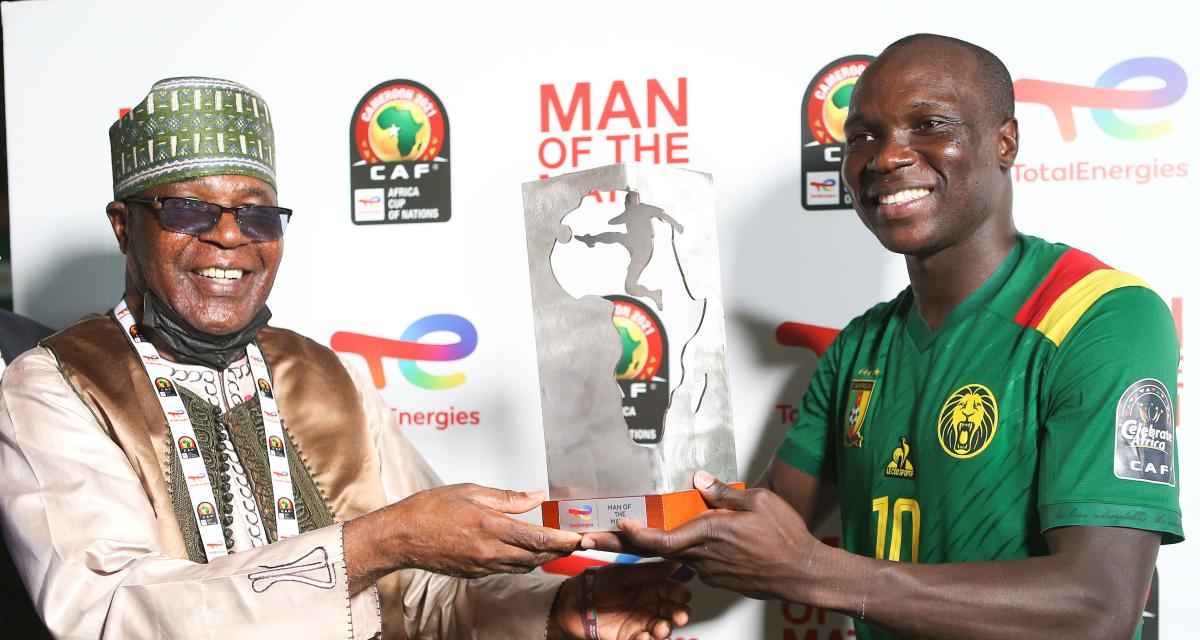 The Indomitable Lions of Cameroon have kick started the TotalEnergies Africa Cup of Nations (AFCON) 2021 with a 2-1 win against Burkina Faso.

Paul Biya, President of Cameroon made sure he brought the good luck by gracing the opening ceremony and attending the first match of the 33rd Edition of the competition at the Olembe Stadium in Yaounde this evening.

After a good start for Cameroon, the Stallions of Burkina Faso took the lead after 24 minutes after Gustavo Sangare with a well taken volley. Cameroon’s goalkeeper Andre Onana failed to block a high cross and Sangare made no mistake finishing off Bertrand Traore's well taken cross.

But the home side intensified their search for goals and skipper Vincent Aboubakar made no mistake, scoring twice from the spot. He netted the first one after 36 minutes after Traore brought down André Anguissa in the box. Aboubaker made no mistake sending the Burkinabe goalkeeper to the wrong side.

At the stroke of half time Aboubakar again buried  from the spot after defender Issoufou Dayo fouled Fai Collins in the box.

In the second half Cameroon continued to create several scoring opportunities, but failed to put them away in the Group A match.

The five time AFCON champions Cameroon will return to action on January 13th with a game against Ethiopia who suffered a 1-0 defeat in the second group A game played a few hours after.