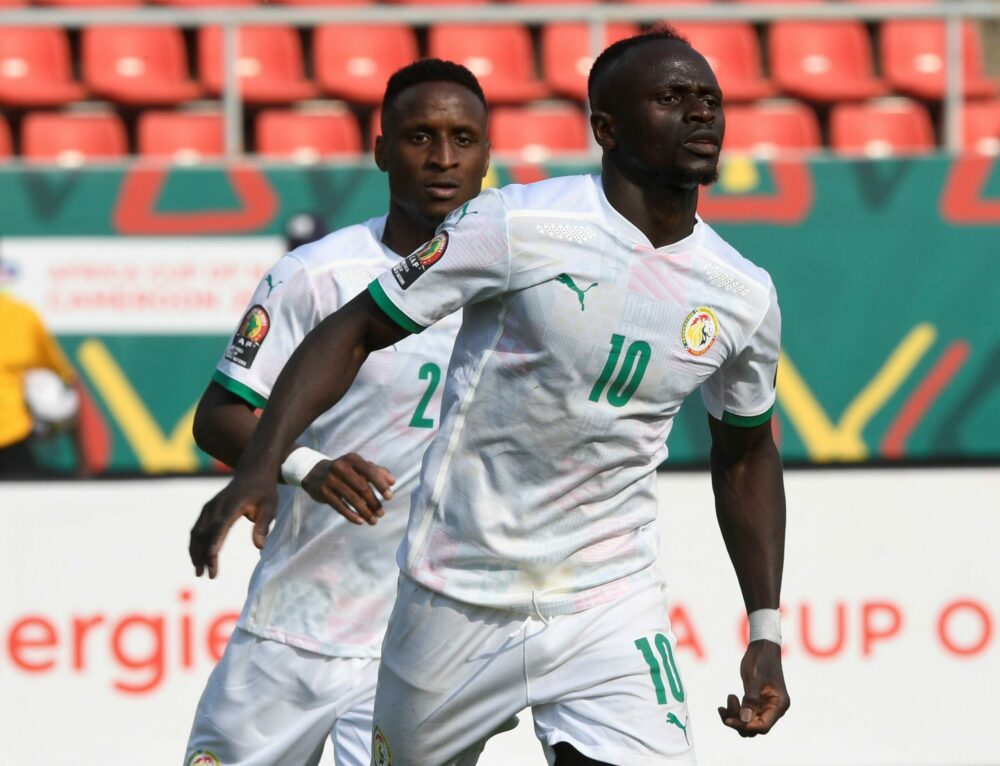 In the last four meetings between Cape Verde and Senegal, the Blue Sharks have never found the net. The Lions won again (2-0). Contrary to their three group matches, Senegal put more intensity from the beginning of this round of 16. There was also more technical accuracy in the passes and a very aggressive high pressure. This almost paid off early on.

An upright and a red card
After only 37 seconds of play, Sadio Mané lit the first fuse with a beautiful right-footed shot that hit the Cape Verdean post. The Senegalese's uncharacteristic pressure also led to Cape Verde making more mistakes. And above all, they committed the irreparable in the 19th minute. Patrick Andrade, a defensive midfielder for the Sharks, maliciously put his foot on the leg of Pape Guèye.

The referee, assisted by VAR, sent off the Cape Verdean for a dangerous play. Senegal did not take advantage of the numerical superiority in this first half. If Cape Verde can't get close to Edouard Mendy's camp, Aliou Cissé's men also have difficulty being dangerous. Finally, the most important thing to remember about these 45 minutes is the post of Mané and the exclusion of Andrade.

Second red for Cape Verde
Even in the second half, the signals will be red for the Blue Sharks. After Andrade, goalkeeper Vozinho was sent off after a big clash with Sadio Mané and a big moment of hesitation (57th). But this time, the Lions of Senegal took advantage of the situation very quickly, thanks to Sadio Mané, who was stunned by his head injury. The Senegalese number 10 had the energy and the vision to score a beautiful goal with a nice shot on the edge of the box (63rd). But that was as far as he could go. The Senegalese star was forced to give up his place.

Cheikh Bamba Dieng replaced him. The Marseille player, who never hesitates to try, scored Senegal's second goal in extra time (2-0). Cape Verde will not reach the quarter-finals for the third time. On the other hand, the African vice-champions continue their journey. They are waiting for the winner between Equatorial Guinea and Mali.

Goals from Sadio Mane and Bamba Dieng put #TeamSenegal in the quarter-finals.