AFCON 2021: The tops and flops of Tunisia vs Mali 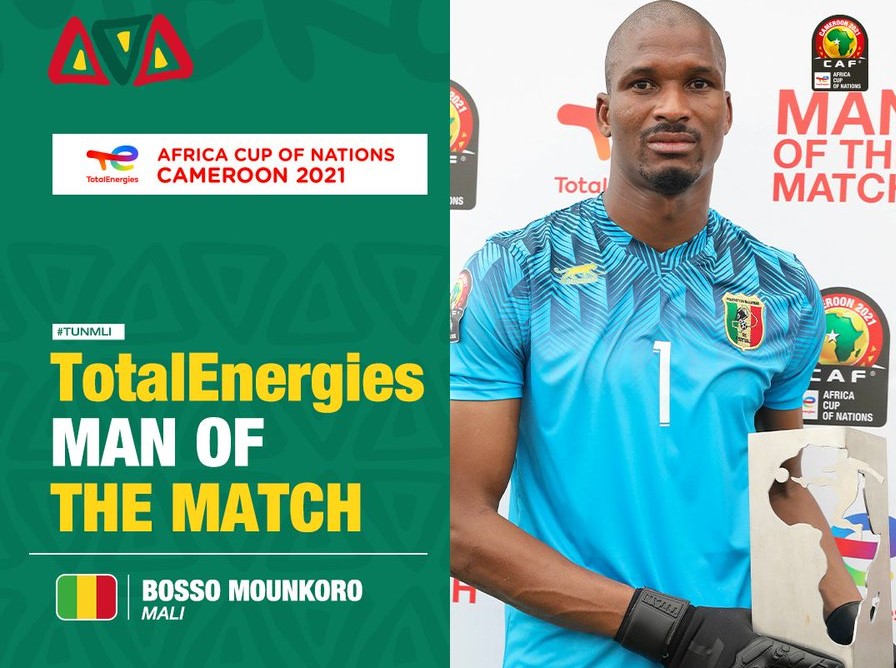 AFCON 2021: The tops and flops of Tunisia vs Mali

The referee of the match, Zambia's Janny Sikazwe, certainly stole the show from all the other players. We will not however forget the great performance of the Malian goalkeeper Ibrahim Mounkoro and also the big miss of Tunisian star Wahbi Khazri.

Ibrahim Mounkoro: The Malian goalkeeper was unflappable and unflappable and carried the Mali team on his shoulders. Especially at a time when his teammates were beginning to take the water on the sides. Mounkoro began his show with a free-kick, putting his gloves to good use on Wahbi Khazri's shot (56'). The festival continues after the firecracker lit by the defender Bronn (65th). The TP Mazembe goalkeeper remained vigilant in front of his line.

The best is almost for last. Mali led 1-0 thanks to a penalty converted by Ibrahim Koné, but Tunisia had the opportunity to equalize from the same exercise (77th). Wahbi Khazri stepped up to finish it. But there was the firm hand of Mounkouro to keep the Malian goal intact and give the Eagles of Mali victory (0-1).

Ibrahima Koné: Scoring from the penalty spot in a match that ended in a shambles, Koné was very useful with his impressive pivotal play. Powerful and solid, he was a poison for the Carthage Eagles' defenders throughout the match.

Amadou Haidara: A true midfield maestro, the brain of the Malian game shone thanks to his serenity and technical accuracy. He was a major player in Mali's success.

Wahbi Khazri: The star of the Tunisian team missed his match. He was invisible in the first half, but in the second half Khazri rose to the occasion by winning a free kick and taking the penalty by hitting the ball over Djenepo's hand. The Carthage Eagles' number 10 had the opportunity to save his side's game but failed to give them a point.

Hannibal Mejbri: Nonchalant, invisible and frail. Tunisia's nugget missed his debut at the AFCON. The talented Manshester United player was swamped by the power of Massadio Haidara, but he made it through the game until the 46th minute. The moment chosen by the coach to rest him on the bench.

Moussa Djenepo: We expected better, much better even from the talented Djenepo. But the Malian eccentric striker had too much waste. Mali's attack needed his percussion and provocative qualities to hurt Tunisia's defense.