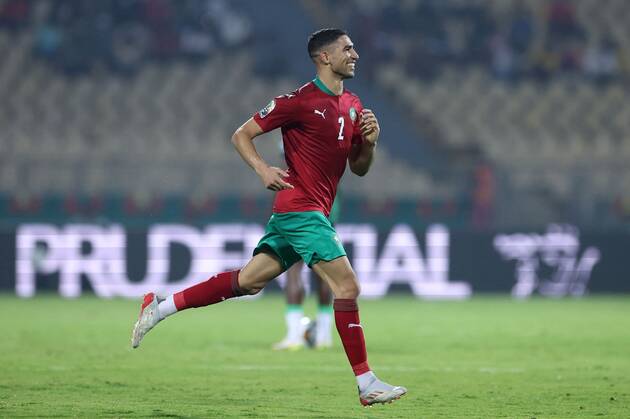 The AFCON 2021 has come and gone yet memories of the competition will remain engraved in the minds of millions of followers around the world for as history will permit it.

From record breaking to first participations to the elimination of the top favorites, these and more especially some very fine, clinical and mouth watering goals can be outstandingly remembered.

Youssouf M'Changama's wonderful free kick scored against Cameroon in the round of 16 will be the best goal scored by a Comorian in the AFCON for decades to come. Precision, power and accuracy in execution could all be found in one kick.

Gabadinho Mhango's long range goal against Morocco is one that the Malawians will surely still be celebrating as we speak. The Orlando Pirates player's goal is arguably still the best in the AFCON 2021. In that same round of 16 game after Malawi drew level with Morocco, it needed a trade mark free kick from Morocco's right back Hakimi to send Morocco into the quarter finals. Hakimi had earlier in the group stages produced a jewel in a free kick against Gabon.

Youssef Msakni's beauty was all it needed to eliminate Nigeria at the round of 16. His goal saw Tunisia into the quarter finals.

Karl Toko Ekambi's second goal against Ethiopia in Cameroon's second group game against Ethiopia was a replica of the player's current scoring form in Europe. He messed with a majority of the Ethiopian backline before slotting home from a counter attack action which he had initiated.

Senegal who finished as champions earlier dispatched Burkina Faso in the quarter finals 3-1. Sadio Mane sealed the deal with an audacious chip for the third goal. His calmness in front of goal once again was called to action.

Clearly the goals department of the AFCON 2021 is still having difficult times to pronounce which of these is the goal of the tournament.