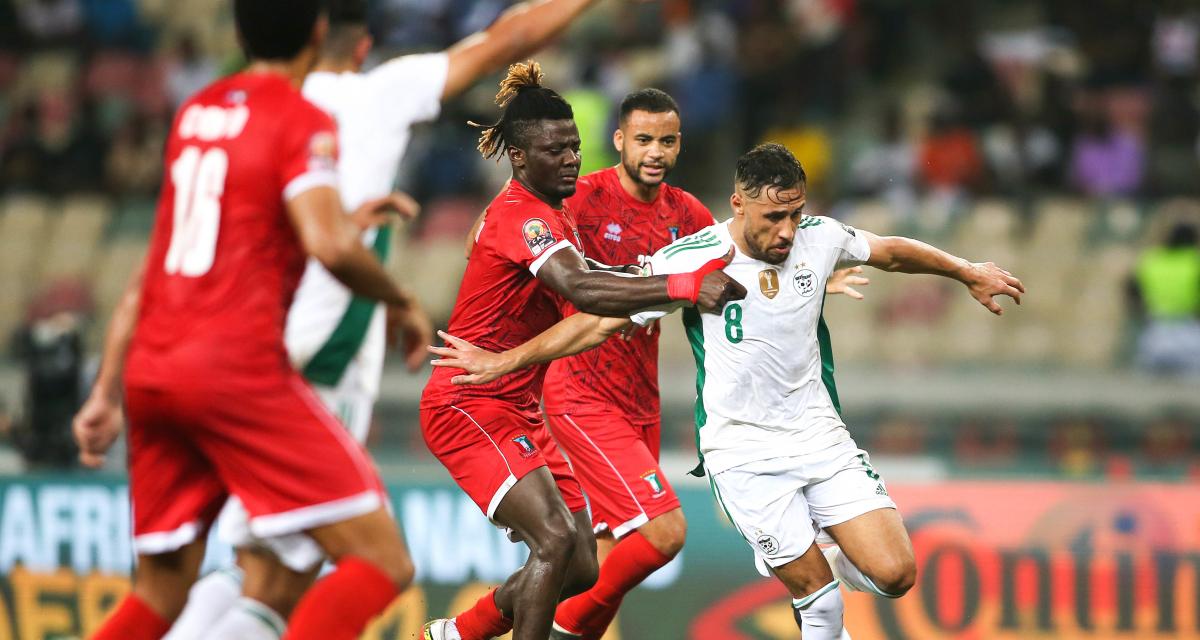 The head coach of the Algerian national team, Djamel Belmadi has said they are ready to fight to win their last Group game against Cote d’Ivoire so that they can remain in the on-going TotalEnergies Africa Cup of Nations 2021.

The reigning champions are on the verge of failing to qualify for the knock out stage of Africa’s most biggest tournament.

On Sunday game the Desert Foxes had their long 35 unbeaten run come to an end after a 1-0 defeat to Equatorial Guinea in a Group E match played at the Japoma Stadium in Douala, Cameroon.

Belmadi’s star studded team kick started the tournament with a goalless draw against debut making Sierra Leone. Algeria now find themselves bottom of Group E with 1 point before they face table leaders Cote d’Ivoire in their last match which could determine if they stay in the tournament or pack up their bags.

But Belmadi says they still have a chance and they must fight to remain in the tournament. “We are in a situation of failure, it is a lean moment. But we will fight to stay in this competition,” added the coach.

Speaking about the defeat to Equatorial Guinea, the Algerian coach said his team did everything to try and get a good result, but the balls simply did not get in the net. “It's not the expected result and yet we did everything, we got several chances but the ball did not go in,” he added.

Riyad Mahrez, the Algerian team captain who also plies his trade with English Premier League side, Manchester City said they will not give up. “Although we are yet to get a win in this tournament, we shall not give up. We shall do all it takes to win against Cote d’Ivoire,” added Mahrez.