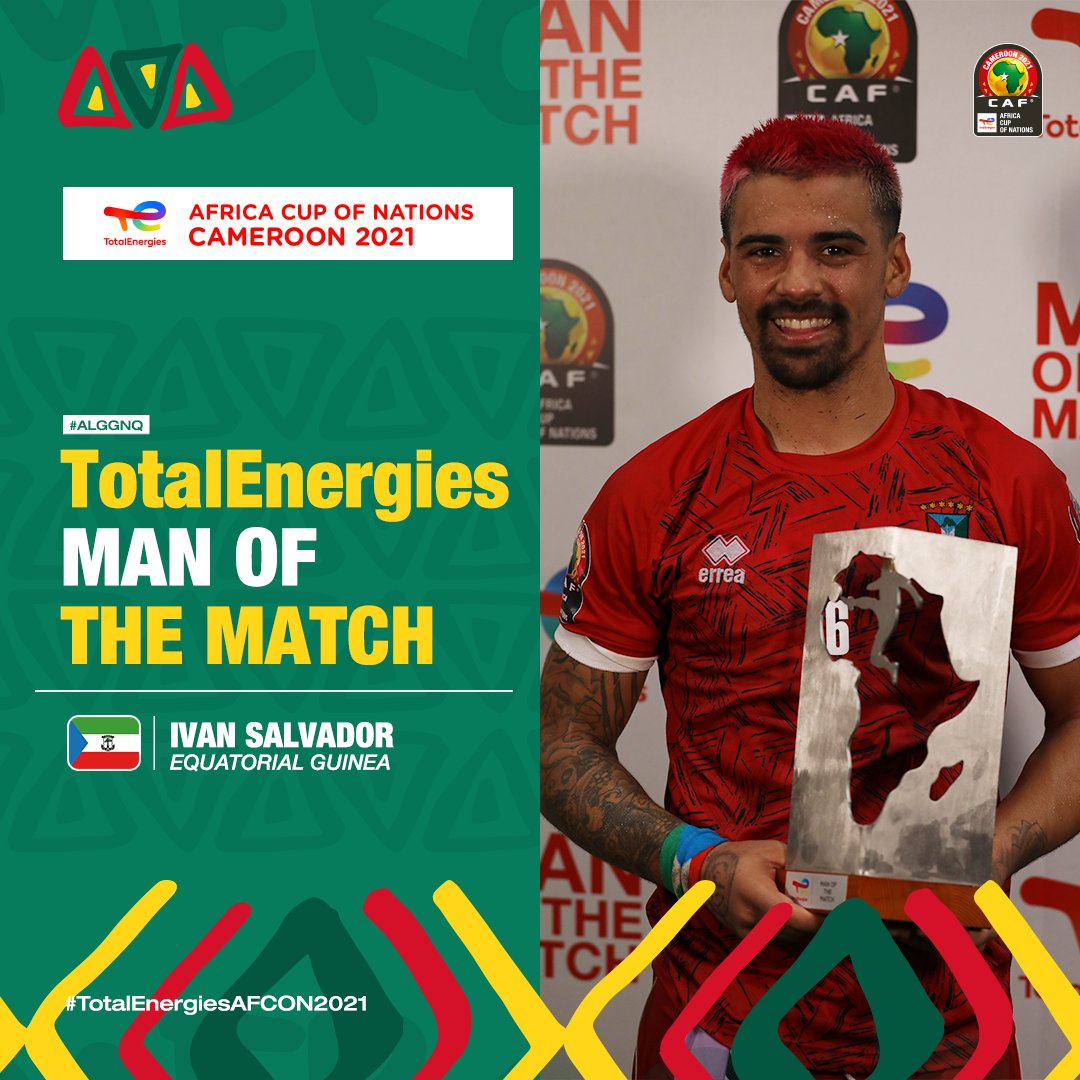 The second day of the 2021 African Cup of Nations is much richer than the first, with some great surprises and some questionable pitches and matches at 1pm without any flavor. And above all, it announces a third and final exciting round.

Algeria close to the door
The African champions may be going home sooner than expected. They have their backs against the wall and must beat Côte d'Ivoire on Thursday to have any hope of continuing in the 2021 Africa Cup of Nations. The fault lies with a surprising team from Equatorial Guinea. The Nzalang do not often come to the continental showpiece. But each time they come to the party, the Equatorial Guineans make emulation on the track. In 2012, on their first participation, they decapitated Senegal. And for their second time in 2015, they reached the semi-finals.

However, both of these adventures took place at home. This is the first time that Equatorial Guinea has competed in the AFCON away from home. For the moment, they have created the biggest surprise of the competition by knocking out Algeria, unbeaten in 35 games. The Nzalang thus steals the show from Sierra Leone who had just managed a heroic draw against Côte d'Ivoire (2-2), after having held Algeria (0-0). It is a good thing that the two small fries will be fighting for a ticket to the last eight. The two favorites of group E, Algeria and Ivory Coast, also. Total suspense.

Aboubakar raises the bar
29 goals were scored during this second day of the 2021 African Cup of Nations. This is much better than the first (12 goals). And for this, we must thank Cameroon and Tunisia who signed cards. The Indomitable Lions, guided by their captain Vincent Aboubakar, devoured Ethiopia (4-1). The former Porto striker scored another double, after the one that allowed him to topple Burkina Faso (2-1). The result: after two games, the Cameroonian has already scored four goals. Khazri who allowed Tunisia to crush Mauritania (4-0), Ibrahima Koné (Mali), Mhango (Malawi) and Toko Ekambi (Cameroon) his first pursuers have two goals.

At the end of this second day, all the teams have already found the net except four. Algeria, the African champion, who had scored in each of its games in 2019 in Egypt. Mauritania, which has only scored once in its history in the AFCON (from a penalty in 2019). Comoros, who are new to the competition, and Guinea Bissau.

The revelation of Mohamed Kamara
His saves are not always academic, but they do Sierra Leone good. Mohamed Kamara, after having disgusted the Fennecs, was again good against Côte d'Ivoire. He also saved a penalty from Franck Kessie, who is an AS in this exercise. The Sierra Leonean goalkeeper will however be beaten by Sebastien Haller, top scorer in the European Champions League, and Nicolas Pépé. In this AFCON 2021, Guinea, Senegal and Morocco are the three of the 24 teams that have not yet scored.

1pm (GMT) matches weighing on some teams
Playing in Africa at 2pm even in the month of January is not really the idea of the century. We saw it on the first day. And it was confirmed. There have been five games at this hour since the beginning of the AFCON and still no goal in the game. The record is more than meagre. These are games without rhythm with many breaks to cool down, two 0-0, two 1-0, one 1-1. And above all three goals scored from the penalty spot. When it concerns three of the four best teams of the previous edition in Egypt (Senegal, Algeria and Tunisia), it is a matter of concern.

Gambia impresses, Mauritania eliminated, Cameroon, Nigeria and Morocco in the 8th round
Two selections are discovering the competition in Cameroon. These are Gambia and Comoros. The Gambians, despite their trying preparation, are doing quite well. After having stung Mauritania (1-0), the Scorpions resisted Mali. With four points on the board and assured of finishing at least third in pool F, the Gambians are virtually qualified for the last eight. A round that the Comoros should follow in front of their TV. After two games, the Comoros have zero points and are almost eliminated.

As in 2019, Mauritania will not see the Round of 16. They were beaten by Tunisia (0-4) and are the first to be eliminated from the 2021 Cup of Nations. On the other hand, Cameroon, Morocco and Nigeria have already secured their qualification.