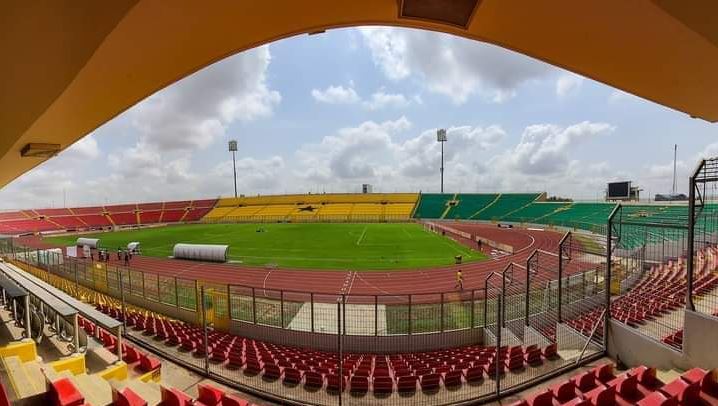 In a letter sent to the federations whose countries are in the running for the 2023 AFCON qualifiers, the Confederation of African Football has requested that the name of an official stadium that will host all "home" matches for each team be submitted. The federations had until 29 April to submit an approved stadium where their team will host its opponents.

A main stadium for each team by April 29. This was the request sent by the Confederation of African Football (CAF) to the federations whose teams will take part in the group phase of the 2023 African Cup of Nations qualifiers. The deadline has now passed and a licensing committee of the body will inspect the selected stadiums for final approval before the start of the qualifiers on 1 June. "Any stadium that does not meet the expectations and specifications will not be selected," Sport News Africa has learned. As a result, any country whose proposed stadium does not meet the requirements, would be forced to turn to a foreign country to play its matches.

Some nations will pay the price, like Niger which will relocate the reception of its opponents in Benin. The Mena will take advantage of the trip of the Squirrels in Senegal during the first day of the group stage of the 2023 qualifiers, to face Tanzania on June 4 at the Stade de l'Amitié in Cotonou. The same goes for Burkina Faso who thought they would be able to receive Cape Verde at the Stade du 4 Août. But the renovations are taking time and following a visit to the site, the Burkinabe leaders have indicated that the stadium will not be ready before September. It is therefore in Morocco, at the Grand Stade de Marrakech that the game will take place.

The last nation to be disappointed is Ghana. The reception of Nigeria for the World Cup Playoffs at the Baba Yara Stadium in Kumasi revealed numerous shortcomings and defective maintenance. These points were highlighted in a report by a CAF delegation that visited the stadium and pronounced the withdrawal of its homologation due to the lack of conformity to the specifications. The state of the dressing rooms and the press room is notably indexed. "We recommend that the renovation plan be based on modern architecture, contemporary design and high quality equipment and materials with a clear project plan and specific timetables in the out of scope areas indicated," said a correspondence from CAF to the Ghana FA.

It is therefore in Cape Coast that the Black Stars will relocate their home games in the framework of these AFCON 2023 qualifiers. Several nations find themselves in this situation, due to the lack of stadiums on their soil. Gambia, for example, have called on their Senegalese counterpart to play their matches there. The Scorpions hope to get the green light to host their opponents at the Lat Dior Stadium in Thies, or in the brand new Abdoulaye Wade Stadium. "It is up to the Senegalese Federation to give the authorization to play our games there," said the president of the Gambian Federation, Lamine Kabba Bajo, who hopes for a favorable response.