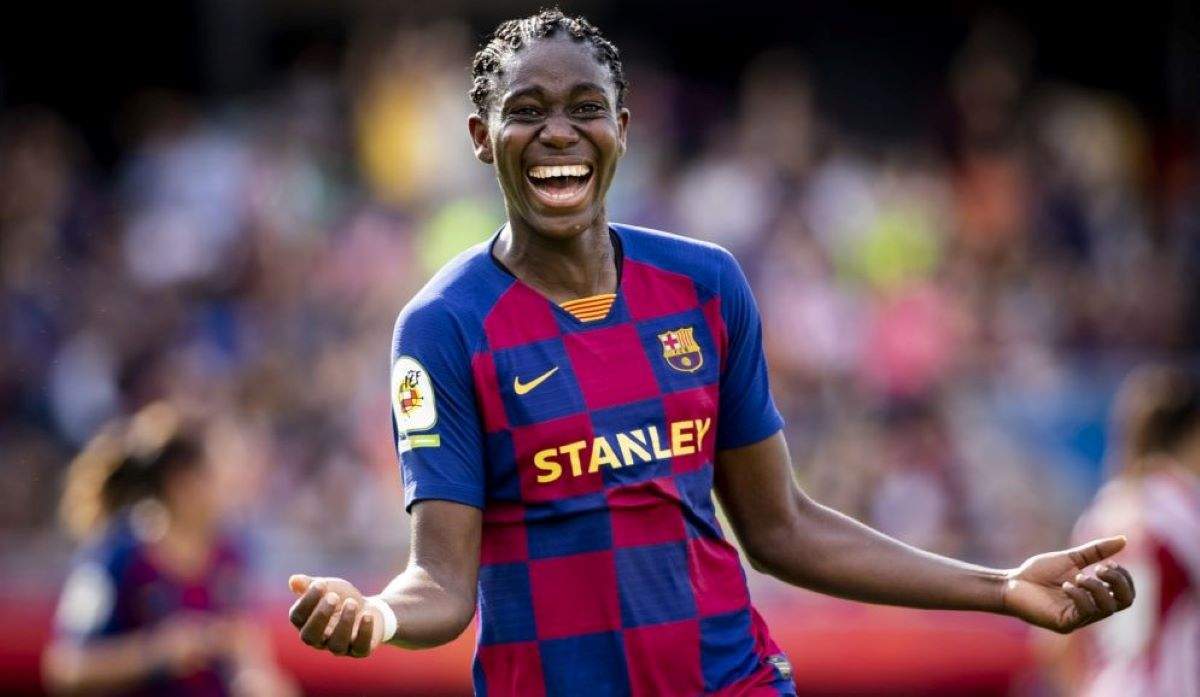 Nigeria international Asisat Lamina Oshoala has been nominated for the 2022 Women’s Ballon d’Or player of the Year award following her impressive season with Fc Barcelona in the Spanish topflight.

The 27-year-old made the 20-woman shortlist following her superb display for FC Barcelona Femeni in the last term as the Super Falcons star scored 20 goals in just 19 games to share the top scorer award with Geyse Ferreira Despite struggling with injury for the better part of the season.

During the ceremony, Oshoala won the award ahead of Ajara Nchout Njoya (Cameroon and Inter Milan) and Zambia international Grace Chanda (Zambia and BIIK Kazygurt) to become the first African to win the prestigious award a record five times.

Oshoala was part of the Super Falcon squad that took part in the 2022 Women’s Africa Cup of Nations but she only played in one game - the 2-1 opening defeat against South Africa - and sustained an injury that ruled her out of the tournament.

Nigeria went on to lose to Zambia in the third-place playoff. The ceremony for the 66th Ballon D’or will be held on October 17 at the Theatre du Chatelet in Paris, France.

At the CAF Awards last month, Oshoala was named the African Player of the Year for a record fifth time, adding to her previous wins in 2014, 2016, 2017, and 2019. And she will hope for glory at the 66th Ballon D’or ceremony scheduled to take place on the 17th of October at the Théâtre du Châtelet in Paris, France.