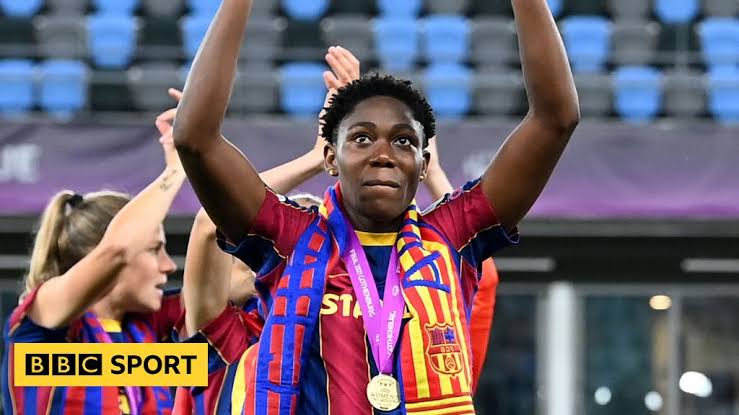 Despite beating Atletico Madrid 2-0 last week, Real Madrid needed to beat holders Barcelona to delay the Catalans' celebration and also stand a chance at the title, which will be the capital club's first ever but failed in their efforts.

Without the services of Oshoala, who had been sidelined for 10 weeks due to injury, the defending champions made a strong start to their bid for the crown when Alexia Putellas broke the deadlock in the 41st minutes to put the hosts in front.

On gaining the crucial lead, Barca wasted no time and doubled two minutes later with the reigning FIFA Best Women's Player of the Year grabbing her brace.

In the second half, Patri Guijarro and Jenni Hermoso strikes plus Babeett Peter's own goal ensured that Barcelona guaranteed their third consecutive title triumphs and record seventh overall with six games to spear.

For injured Oshoala, she still remains the front-runner in the race for the top-flight league golden boot this season, with 19 goals from 16 games - just one above Madrid CFF's Geyse with six matches left to play.

Barcelona, ​​which recorded victory in all their matches all through the season to retain the title, will now turn its attention to UEFA Women's Champions League quarter-final against fellow Spanish club Real Madrid later this month as they aim to retain their European crown.

Just a few days after the Nigerian extended her stay at Barcelona until 2024 summer last week, Sunday's victory takes Oshoala's total tally of trophies to 10 and scored 80 goals in 101 appearances.

The four-time African Women's Player of the Year will hope to recover in time from her injury and play a part in the semifinals of the European tournament if Barcelona ended up booting out Real Madrid.