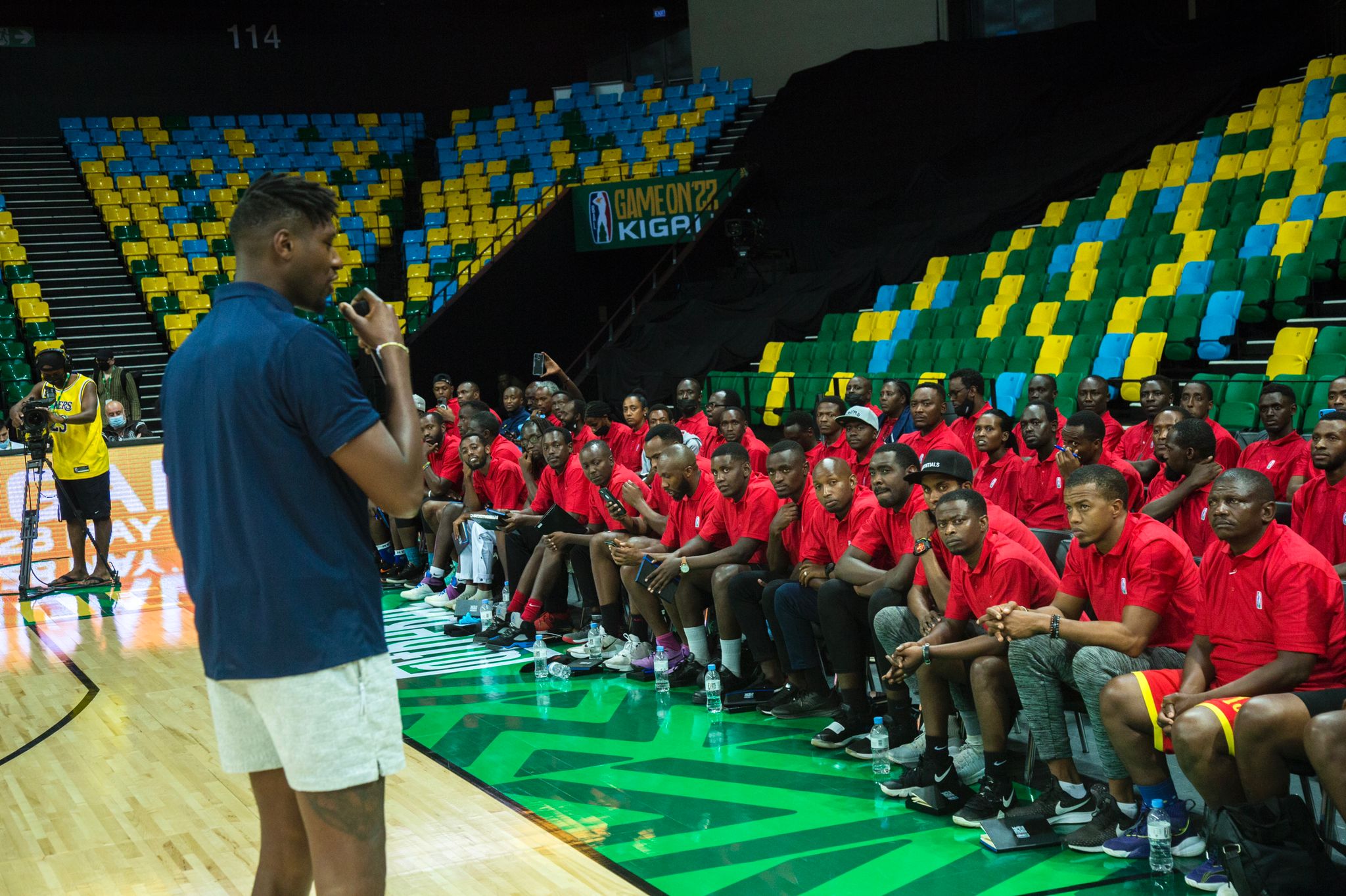 Away from the court, they continue to push for the development of basketball in Africa by supporting the actions of the Basketball Africa League and NBA Africa. They are former NBA stars Joakim Noah and Ian Mahinmi.

Beninese-born Ian Mahinmi is one of the minority shareholders of NBA Africa. The former Dallas Mavericks player naturally accompanies the actions of the BAL. "The BAL is one of our leagues," says the 2011 NBA champion. So my role as an ambassador of the BAL is to promote its evolution. It (the evolution) is beautiful visually and in terms of level. We've taken it up a notch."

The former Wizards pivot judges the level of this 2nd edition of the BAL. "There are a lot more games compared to the first season," he remarks. In 2021, we played in a bubble format and it was pretty tight. This year there were two conferences plus the play-offs. We also have the youngsters from the NBA Academy playing a lot. This second season is of a good standard. I think we made two big steps. It's very encouraging for the next season."

However, the former Indiana Pacers player notes positively the participation of the BAL-Elevate youth. "They all contributed during the conferences and in the play-offs. This is the young thumb of African basketball. They want to show their talent at a professional level. This is very important and they are the stars of tomorrow in the BAL."

"Inspiring young people to believe in themselves"
His French and Swedish nationalities have not drunk anything of his African origins. Joakim Noah is proud to support the development of basketball in Africa. It's my legacy and I'm proud to be part of the investment," he says. It's not just financial. It's a dream to be able to grow this Africa, to grow the game, to understand that this is an incredible platform, to push people from different cultures from the other side of the world to come to Africa to teach and learn so that we have a rich and diverse product."

The former Clippers player notes the progress of the BAL: "I think the evolution is growing and it's nice to see. The facilities are there and you can find them all over Africa. People never thought this would happen. It's an incredible platform."

The former France international believes we need to continue to inspire young people and highlight the potential of the continent. He says: "You know some of the best players in the world are Africans. The reality is that we didn't have the facilities that some countries had. Now the game is changing and we are at a really interesting point. We can make a difference."

Noah added: "Basketball is not yet part of the African culture and that is happening slowly. We try to keep building that every year. We just have to keep progressing and it starts at the grassroots. We need to inspire kids to be inspired that it's possible to grow up to be a player on the NBA court or become leaders in other areas."