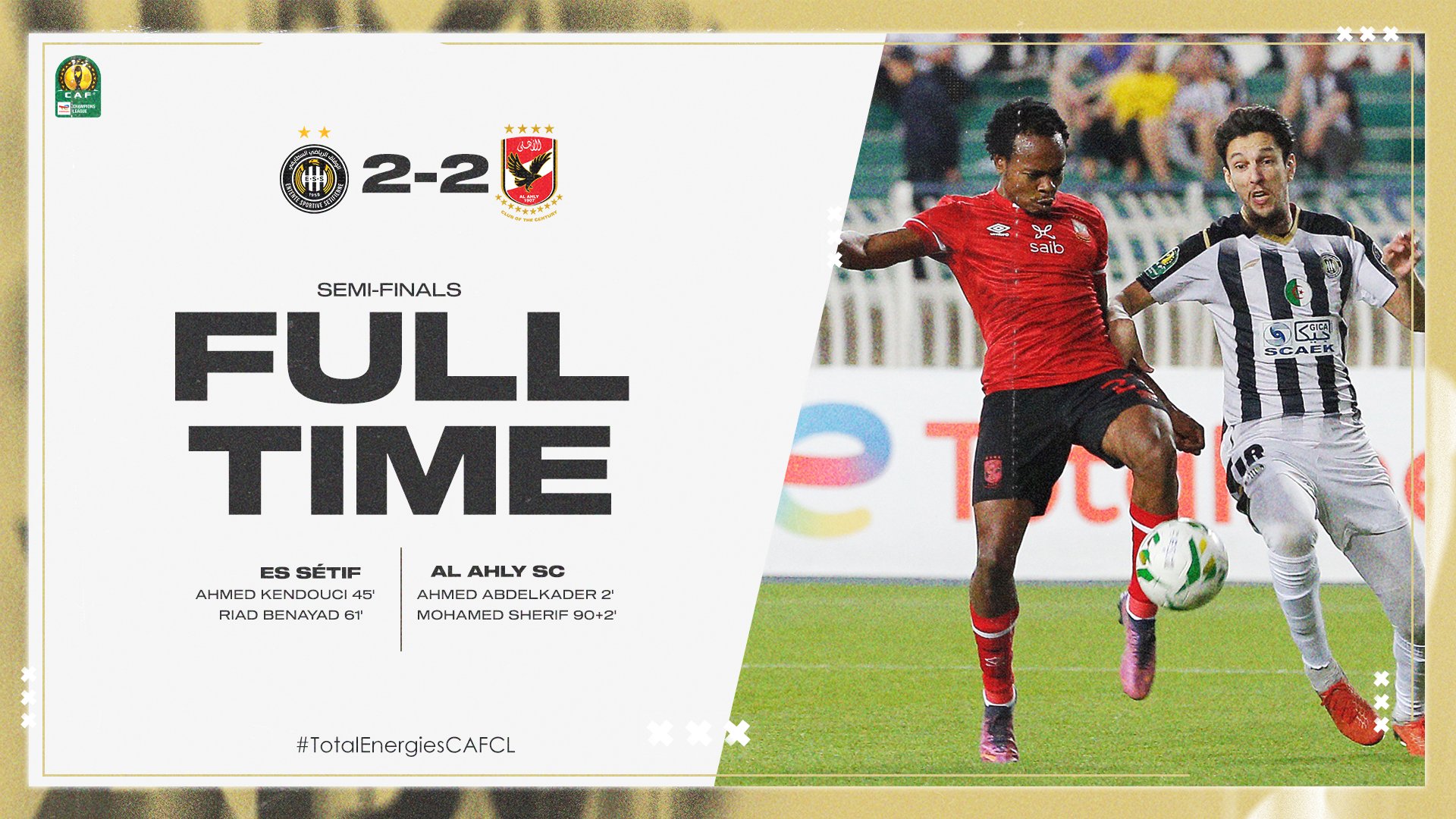 Al Ahly of Egypt and ES Setif of Algeria met in the second leg semi finals of this season's CAF Champions League on Saturday May 14 in Algeria. The game was a decider to produce the second finalist for this year's competition. The visitors Al Ahly came into the game with a huge first leg advantage but before the game, their South African head coach Pitso Mosimane remained precautious about the reversing of their fine home win

"We are not yet qualified for the final. There are teams who won (4-0) at home and then lost away by 5 goals. ESS is a good team that missed two chances in Cairo. Their coach is courageous, he preserved his tactical scheme despite playing with a numerical disadvantage," explained Pitso Mosimane, coach of Al Ahly, in a press conference.

And it was the visitors who took the game to their host with an early opener from Ahmed Abdelkader two minutes into the game to make things more complicated for ES Setif.

The host got the equalizer at the break. In the second half two more goals were scored by both sides with Ahly scoring the last of the two to bring the final score to 2-2. The Egyptians are into the third finals of the competition in a row.

On Friday. Wydad had to settle for a 1-1 home draw against Petro Luanda. The Moroccans had however done the job in the first leg with a 3-1 win. Wydad is back in the final after losing in 2019 to Esperance of Tunis.

CAF has decided that it will be played in Morocco, in a single match. A choice that is causing a stir as the Egyptians believe they would be wronged.