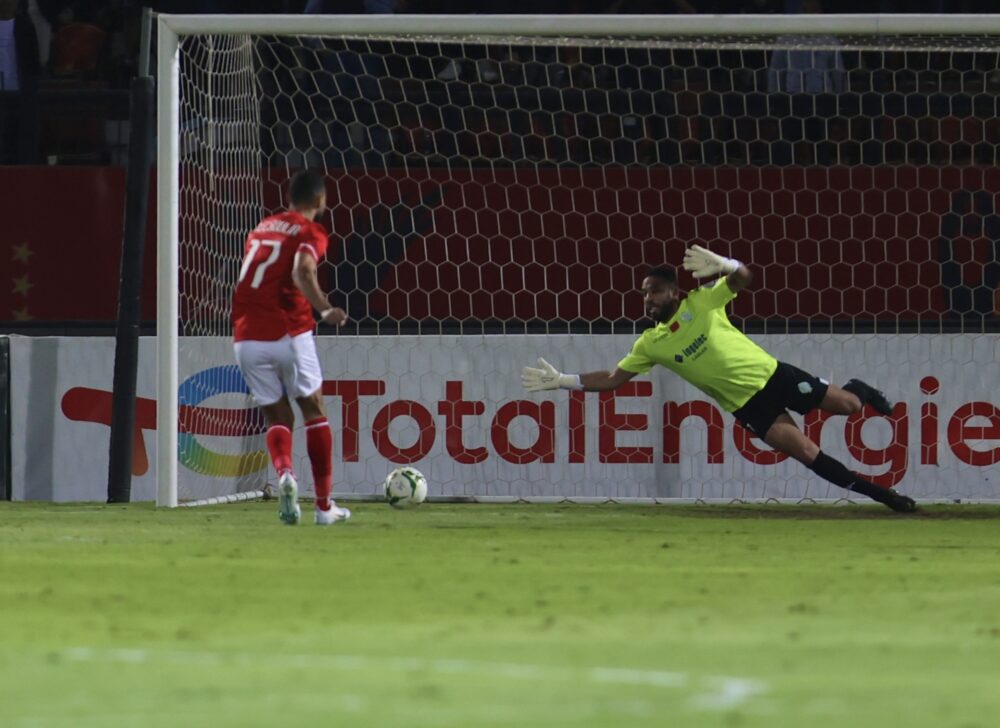 A game full of raged emotions by two sides who have dominated Continental football for a while now. Both teams met in the CAF Super Cup finals after Ahly had won last season's Champions League while Raja lifted the Confederation Cup trophy. It was the Egyptians who got a last minute equalizer and later went to lift the Super Cup ahead of Raja.

This encounter played on Saturday night in Cairo Egypt, was one of the games to watch on the continent.

Hostilities broke from the very first minute of play as the tension call it emotion filled the air. Everything was almost decided in a very animated first half. The Egyptian club, two-time defending champion, opened the score in front of its public with a contentious penalty converted by Amr El Solaya (13th). A ball that clearly hit the Raja defender on the thigh was reviewed by the Congolese referee as a penalty. Somewhat a gift for the home side.

23 minutes into the game and South Africa's Perci Tau leads a full option attack that sends in a low cross which was smashed by an on coming attacker. It was Hussein El Shayat who scored the goal putting Ahly two goals up.

The visitors did not led their guards down in the first half and just before the break, Azrida reduced the score for Raja (45th) from a beautiful right cross.

The Egyptian international midfielder could have scored another in the second half. But he lost his second one-on-one with Rajaoui goalkeeper Zniti, who avoided the 3-1 score line several times. Ahly was awarded a penalty as a Raja defender prevented a goal scoring opportunity. Penalty saved while the defender was given a early bath. The full time score remained unchanged 2-1 in favor of host Ahly.

This goal allows the Greens of Casablanca to believe again. The return match is scheduled for the 22nd of April.