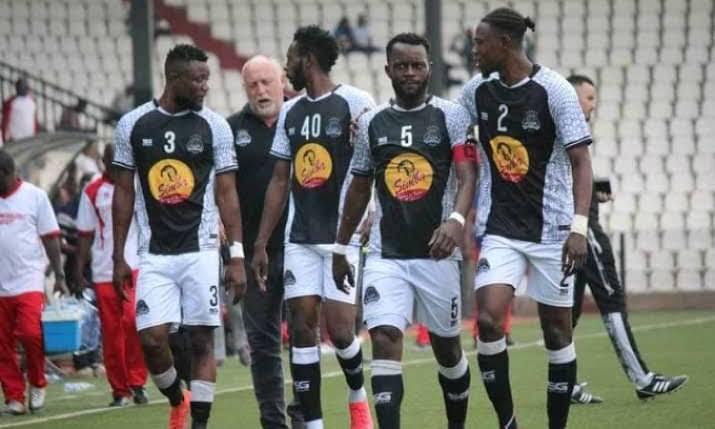 The Democratic Republic of Congo giants TP Mazembe have stormed the semi final stage of the 2021/2022 TotalEnergies CAF Confederation Cup.

TP Mazembe made use of their home ground in Lubumbashi on Sunday to stop Pyramids FC 2-0 in the return leg of the quarter final. The first leg had ended goalless in Egypt.

Although the Egyptian side dominated play from the start, the home side made sure they utilized the chances created. Christian Koffi Kouame gave TP Mazembe the lead after 33 minutes.

Kouame this time made amends after missing a penalty earlier in the 15th minute. TP Mazembe again took advantage of Pyramids’ mistake in the defending line before Bola Kitambala made it 2-0 ten minutes later.

In the second half the Egyptian side tried to push forward, but still failed to find the target. Abdalla El Said and Fagrie Lakay had their efforts saved in the first 10 minutes inside the second half as Pyramids FC pushed forward.

Kitambala had a chance to make it 3-0 later in the game, but was too slow to take a shot before a Pyramids defender made a timely block.

The Egyptian team picked five cautions, while TP Mazembe had one player pick a yellow card.

“We are very happy to win and qualify for the semi final. We beat a strong team,” said TP Mazembe coach Franck Dumas.