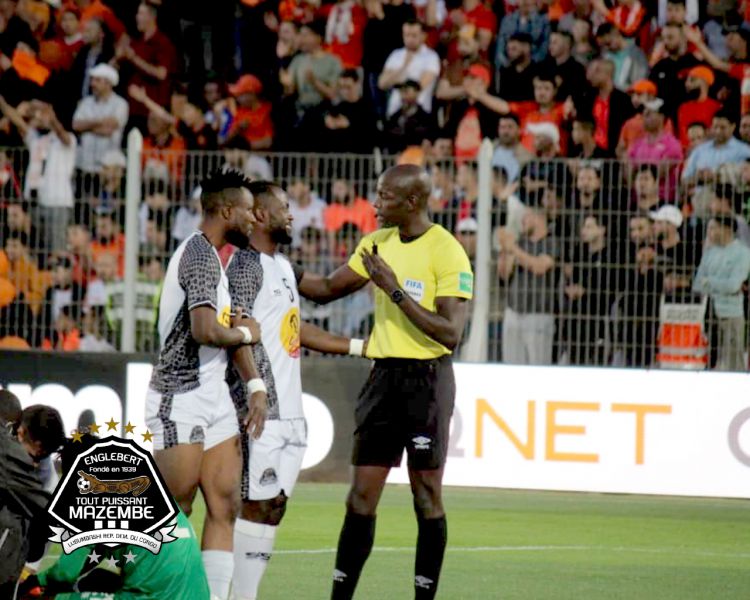 TP Mazembe were eliminated in the semi-finals of the Confederation Cup by RS Berkane after losing the second leg 4-1 in Morocco. The Congolese club is not happy about the elimination and is critical of the refereeing.

Mazembe are not so powerful anymore. Five-time Champions League winners and two-time CAF Cup winners Mazembe will not be playing in an African final for the fourth year in a row. However, the Luchois were five minutes away from qualifying for the final of the 2022 CAF Cup on Sunday. But while they had won 1-0 at home and lost 1-2 in Morocco, they conceded two goals (88th and 90+5) that took them out of the competition.

"Refereeing criticized"
This big disappointment is hard to get over. The Senegalese referee Maguette Ndiaye was also criticized. "Berkane and the refereeing have eliminated the nervous Crows," the Lubumbashi club said on its website. The Crows say that the Senegalese referee whistled imaginary fouls against them, reducing them to ten men very severely after bringing out the red against defender Mwape in the 65th minute. "The penalty is non-existent," the media outlet continued.

Unforgivable' move by Mwape
If the Crows are charging the Senegalese referee, they also admit to having lost their nerves in the second half. It was the case of defender Tandi Mwape, who, knowing that he had already been shown a yellow card at the end of the first half, showed a lack of maturity by protesting an action against the ref. This earned him a second yellow card, which meant he was sent off. "It's unforgivable," the club's website report said. Now they will have to bounce back in the league to get back on the continental stage.