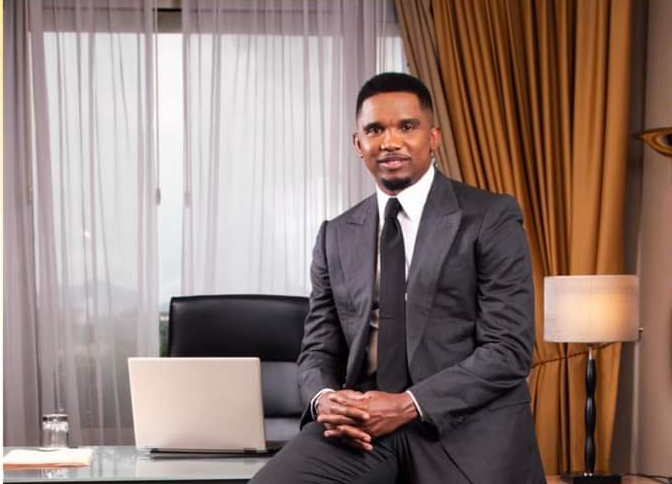 The Cameroon Football Federation now has a new president. Samuel Eto'o has been declared winner at the elections held Saturday December 11 at the Mont Febe Hotel in Yaounde.

Over five hours of debate, contest, carpet crossing and last hour negotiations, the Elective General Assembly of FECAFOOT has come and gone. In the end it was a two horse race between incumbent Seidou Mbombo Njoya and Samuel Eto'o.

The former Indomitable Lion captain scored 43 votes as opposed to 31 for Seidou.

The results show a great nexus between the former footballers as one of the candidate Mabouang Kesack aligned  his force behind Eto'o.

A huge sign of reconciliation as both candidates could be seen shaking hands after the results were pronounced. Huge cries of victory could be heard around some neighborhoods as the results were counted. For the first time in history the Elective General Assembly was broadcast live on the national broadcaster CRTV Sports as well as other local channels.

Eto'o has promised a serious wind of change beginning with the construction of some stadia around the country, enhance youth football development while equally promoting Women's football among others. It is time for him to replicate his on the pitch form into restructuring the local football and federation.

His major challenge pointing straight into his face will be to help the Indomitable Lions of Cameroon host and win the 2021 AFCON which kicks off on January 9, 2022.