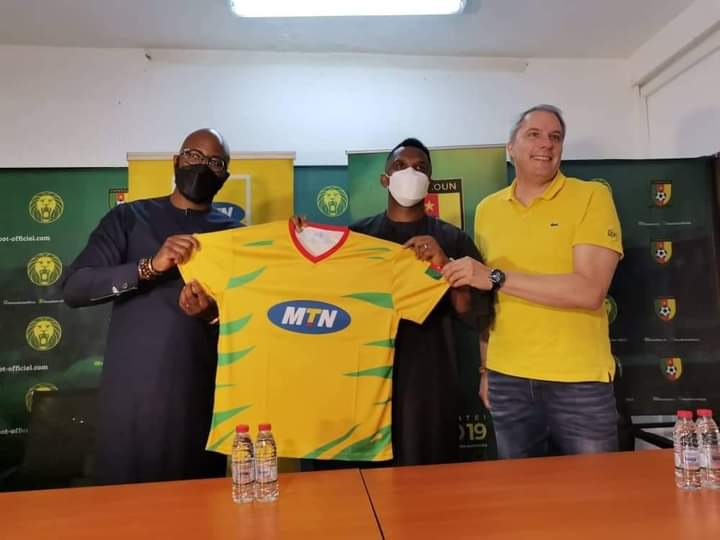 The Cameroon Football Federation(FECAFOOT) and the telecommunications company MTN Cameroon have sealed a deal that will see the latter returning to sponsor football in the country.

The deal that was signed on Monday, February 7, 2022, will see MTN Cameroon sponsoring the Country's top-flight football. That is the Elite One and Elite Two championships. The news of the company's return is inline with Samuel Eto'o (FECAFOOT President ) vision of changing the phase of Cameroon football.

The signing ceremony that took place at the FECAFOOT head officer in Tsinga, had Samuel Eto'o present alongside the CEO of MTN Group Raph Mupita and the CEO of MTN Cameroon Stephen Blewitt.

The terms and duration of the deal are yet to be made public. However, in the past when MTN Cameroon sponsored the championships, they provided the clubs with football kits with players' names on them. They also handled the salaries of the players taking part in the championships amongst others.

The relationship between MTN Cameroon and the country's football management started back in 2002. However, the company withdrew in 2013 sighting issues of mismanagement amongst others.

They will again in 2017 herald their return with an agreement worth around FCFA 3 billion over three years, but MTN withdrew again in April 2018, due to the aforementioned reasons.

The coming in of Samuel Eto'o as President of FECAFOOT, who has had excellent working relations with the communication giants in the past, precipitated the reunion.

The championship will commence on February 21, 2022.