Chelsea's Edouard Mendy nominated by the BBC for African award 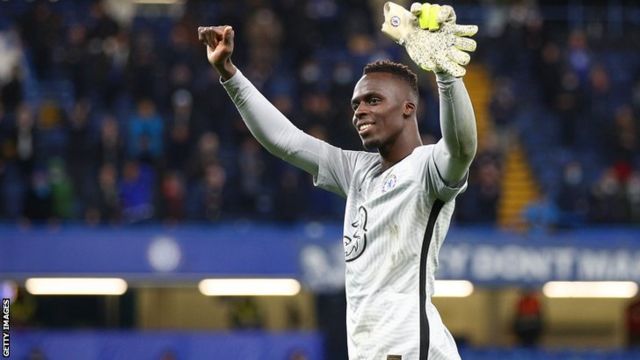 Chelsea's Edouard Mendy nominated by the BBC for African award

After missing out on the Levy award by France Football Ballon D'or, Edpuard Mendy needs his concentration now more than ever before. Following the defeat (3-2) against West Ham (15th day), the Chelsea coach, Thomas Tuchel, is standing strong behind his first choice keeper Mendy. He revealed that his goalkeeper was "going through a difficult period". The German coach added that he was lacking a little confidence. Edouard Mendy had just conceded three goals, one of which was a penalty he provoked. A sigh of relief and boost of confidence for Mendy, the BBC has nominated the Senegalese goalkeeper for the title of African Sports Personality 2021.

Edouard Mendy is the only footballer on the list of finalists, published by BBC on Monday 6 December. He is in the running with five other sportsmen and women from three disciplines. They are Kenyan runners Eliud Kipchoge and Faith Kpyegon, another athlete, Chistine Mboma (Namibe), the South African para-athlete Ntando Mahlagu and his compatriot Tatjana Schoenmaker (swimming).

The competition will be tough for the Senegalese, winner of the Champions League and best goalkeeper in the competition. But at a time when he is in doubt, this nomination comes at the right time.

The shortlist for the BBC award was drawn up by a panel of African and UK journalists. The list is based on African performances on the international stage between January and September 2021. The public is invited to vote until Sunday 19 December at 23:59 (GMT). The winner will be announced on Friday 7 January 2022.

Between this period, the Senegalese shortstopped also secured qualification for the 2021 AFCON with the Terranga Lions and has also led the team to the final round of the 2022 FIFA World Cup qualification.