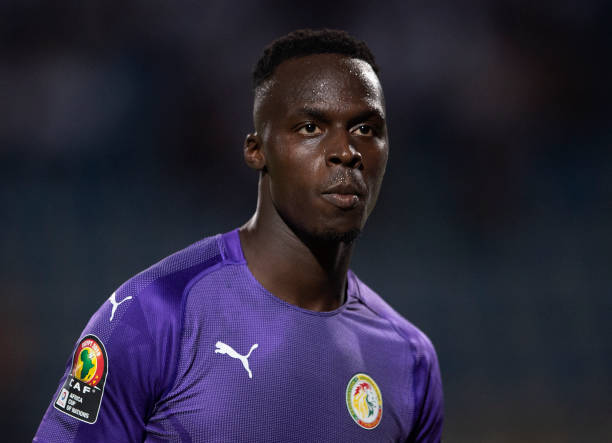 Senegal and Chelsea goalkeeper Edouard Mendy has said winning the FIFA Best goalkeeper’s Award is pride not only for him and his family, but the whole of Africa.

Mendy was announced the Best FIFA men’s Goalkeeper for 2021 on Monday. It is also the first time that an African is named the best goalkeeper in the world.

“I am very happy for winning this Award because it means a lot to me and encourages me to keep working hard,” said Mendy yesterday at the Kouekong Stadium in Bafoussam, Cameroon where his Senegal team had settled for a goalless draw against Malawi at the on-going TotalEnergies Africa Cup of Nations (AFCON) 2021.

“It is something that is historic because it is the first time an African goalkeeper has won this award, so I really have a feeling of pride, on behalf of Senegal but also on behalf of Africa. I hope that over the years, other goalkeepers like me will continue to write their name into the pages of world football,” added Mendy.

The soft spoken goalkeeper who has been a pillar in goal for his Chelsea team and the Senegal national team said the Award will push him to keep going. “I just try to do my best, to work hard every day, to perform with my team at the club and with the national team,” he added.

Mendy, who was part of the Chelsea team that beat Manchester City 1-0 to win the UEFA Champions League 2021 says he does not feel like he has reached his limit. “There is still room for improvement and that is why I keep working hard,” he added.

The goalkeeper who did not start in Senegal’s two matches at the on-going AFCON because he had been tested positive for Covid-19.

Senegal yesterday sealed their place as Group B leaders to qualify for the knockout stage, round of 16 at the on-going AFCON 2021.