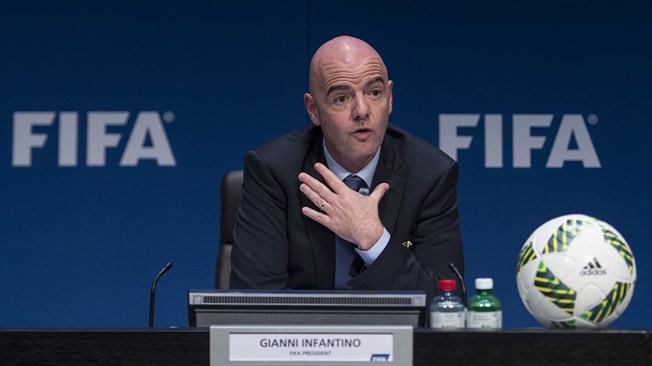 A survey of 1,000 professional footballers conducted by Fifpro, the players' union, shows that 75% of them are against holding a World Cup every two years. The players also believe that their opinions, as well as their well-being, are not sufficiently taken into account by international bodies.

"Three out of four professional footballers want to keep the format of a World Cup every four years. With this conclusion, Fifpro, the union that represents players, announced the result of its poll about holding a World Cup every two years. While the idea is strongly supported by FIFA president Gianni Infantino, the union consulted 1,000 professional footballers of 70 different nationalities to find out their opinion on the issue. And the result is clear.

75% of the players on the panel are against the move to a World Cup every two years, like Kylian Mbappé who recently took a stand. This figure even rises to 77% among European and Asian players, compared to 63% for players from the American continent. On the other hand, at the African level, opinions are far from clear-cut. Fifty-one percent of the African players questioned were in favor of switching to a World Cup every two or three years, compared with 49% who were in favor of maintaining the current format. This result is more in line with the leaders of the Confederation of African Football, who are in favor of the reform being carried out by President Infantino.

Players feel that they are not listened to enough
The survey indicates a particular attachment of the players to the World Cup. In one of the other key findings of the survey, most players rank the World Cup and their national league as their favorite competitions. "The national leagues are among the most important competitions in the eyes of the players, which underlines the importance of protecting and strengthening these leagues (...) The World Cup every four years consistently ranks high in the preferences of players from different countries," Fifpro said. Of the 1,000 players surveyed, 81% put their national championship or the World Cup in its classic four-year format at the top of their preferences.

It remains to be seen whether this data will be taken into account by FIFA, as the Fifpro survey also indicates that just 21% of players believe that their voice is respected and that their welfare is properly taken into account in the context of international football governance. "This survey underlines the need for more collective bargaining frameworks in our industry, especially at international level," said Jonas Baer-Hoffmann, the union's general secretary. While the plan to move to a World Cup every two years is being fought by the European and South American federations, Fifpro intends to continue its consultations with the players, who remain the main stakeholders.