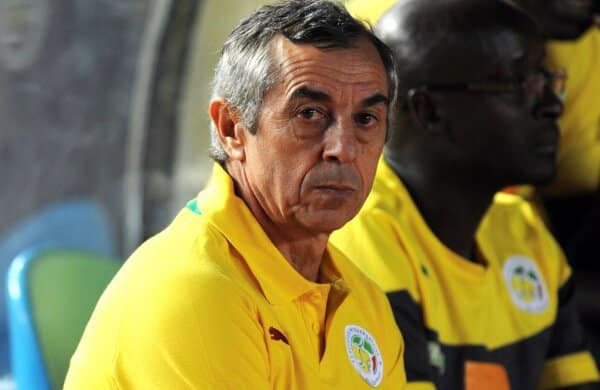 Several African national teams are looking for a coach with just over a month to go before the FIFA dates in March. A number of French coaches are available, and some could be back on the bench soon.

If the current trend is anything to go by, Mohamed Magassouba and Toni Conceiçao will be playing for big money in the third and final round of the 2022 World Cup qualifiers in Qatar in March. Mali and Cameroon will face Tunisia and Algeria respectively, and an elimination could be costly for the two coaches, who are contested by part of the press and public opinion, with the Portuguese even having the nonprivilege of being in the sights of Samuel Eto'o, the president of the Cameroon federation.

It is also whispered that Vahid Halilhodzic would have every interest in qualifying Morocco, opposed to DR Congo, if he wants to stretch his stay in the Cherifian Kingdom. "In any case, there will be damage to the eliminated teams. In addition to Aliou Cisse, who is untouchable in Senegal after winning the AFCON, and probably Djamel Belmadi in Algeria, you never know what will happen elsewhere," said an agent.

Other coaches have hardly any more peace of mind than Magassouba or Conceiçao. This is the case of Patrice Beaumelle in Côte d'Ivoire and Kamou Malo in Burkina Faso. The former failed to qualify his team for the World Cup play-offs and the AFCON stopped in the last eight against Egypt, and the two friendly matches that the Elephants will play in France (25 March) and England (29 March) will probably determine the fate of the Frenchman. The second, despite a successful AFCON, with a fourth place and attractive football, is not certain to keep his position, as his federation has made known in a failed communication exercise.

Uncertainties in Comoros, Guinea and Mauritania
In Guinea, where the federation is headed by a normalization committee, the fate of Kaba Diawara is in doubt, even if he enjoys the support of the Minister of Sports. The case of Amir Abdou is different. The coach of the Comoros is under contract until 2023, the question of a substantial salary increase is under consideration - Abdou is directly paid by the state - but the excellent work he is doing with his team has earned him some requests. "I know that there is interest in him, but he hasn't spoken to me about it," confirms Said Ali Athouman, the president of the Comorian federation.

In Nouakchott, the case of Didier Gomes da Rosa, appointed last November after the dismissal of Corentin Martins, would be the subject of internal discussions, after the disappointing performance of the Murabitouns at the AFCON 2021, sanctioned by an elimination in the first round. And some rumors suggest that the Mauritanian federation is genuinely interested in Amir Abdou, who is also the coach of FC Nouadhibou, the club founded by Ahmed Ould Yahya, the president of the body.

Call for candidates in Madagascar, Chad has its coach
And then there are the federations that are looking for a coach. Chad, which will face Gambia in the preliminary round of the 2023 African Cup of Nations qualifiers in March, has found its own coach in the person of Mahamat Allamine. But the former coach of AS Coton Chad and Gazelle FC may not survive an elimination against the Scorpions. Benin, who did not renew Michel Dussuyer's contract, should have already found his successor, according to a source close to the federation, but the process seems to have been delayed. Some names are circulating in Cotonou, including those of Frenchmen Alain Giresse and Corentin Martins. In Madagascar, there is a call for candidates. An initiative that means that the Eric Rabesandratana experience is over.

It is also safe to assume that further moves could be made before the start of the group stage of the 2023 African Cup of Nations qualifiers in June. But there will be no room for the (many) technicians who are free of any commitment. Among them, many Frenchmen who have already worked in Africa. Some - besides Alain Giresse and Corentin Martins - like Claude Le Roy, Hubert Velud, Michel Dussuyer, Didier Six or the Franco-German Gernot Rohr, prefer a national team to a club. Others, such as Sebastien Migné, Julien Mette, Denis Lavagne, Diego Garzitto, Bernard Casoni, Alain Michel or Bernard Simondi, have not necessarily shown their preference. "There are a lot of candidates, but some, like Lechantre (71 in April) and Garzitto (72), know that it may be difficult to find a job," says one agent. The list of the unemployed should be reduced slightly in the next few days...