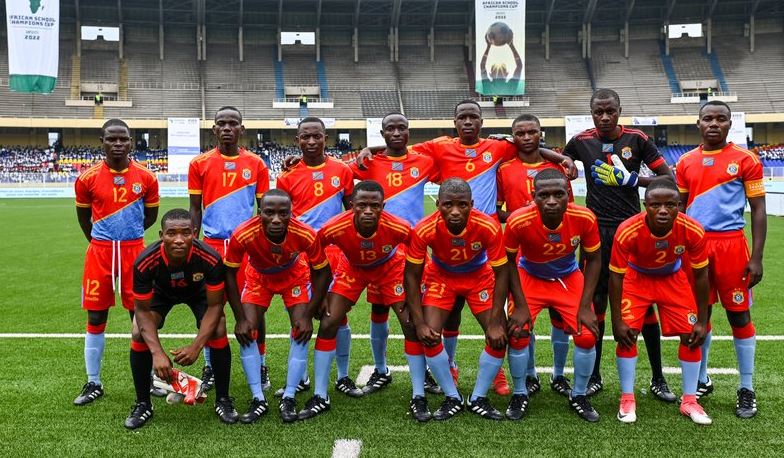 The Democratic Republic of Congo hosted the first ever Pan-African Inter-school Championship over the weekend. Under the aegis of FIFA, this men's and women's football tournament saw six countries respond to the invitation. But the competition, which was supposed to be for U16 students, was marred by age fraud, which the organizers turned a blind eye to.

Sport to transmit values was one of the credos of FIFA, with the help of CAF, in organizing the first edition of the Pan-African Interschool Championship. The tournament took place on 19 and 20 February in Kinshasa and Senegal (West B zone), Benin (West A), Morocco (North), South Africa (South) and Ethiopia (East) responded to the invitation for the occasion. Each delegation presented a men's and women's team. In the end, DR Congo won the men's title, while Morocco won the girls' title.

To be eligible for a team, two conditions had to be met: to be in school and to be under 17 years old. While all participants seem to have met the first selection criterion, the second seems not to have been met by some. The men's team from DR Congo was singled out by the other delegations because of strong suspicions of age fraud involving several players.

"All the other teams blamed it.
"It was really blatant," a member of the Senegalese delegation told us. "I can't speak publicly, but FIFA was complacent. They let the host country present birth certificates without knowing their origin. It was difficult to win under those conditions."

Struck by the discrepancies in morphology, several journalists and observers on the spot quickly realized that there was a problem. But the tournament came to an end with the Leopards winning, much to the dismay of their opponents who played the game anyway. "All the other teams blamed this. In the end, age fraud and cheating took over a tournament that was supposed to transmit other values. It's sad," concluded the delegation member. While the participants will certainly remember this experience, which for many was their first international competition, the values transmitted, such as respect for the rules and honesty, will have to change. 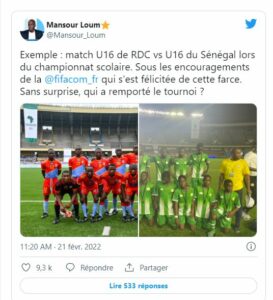 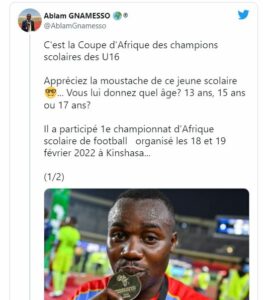