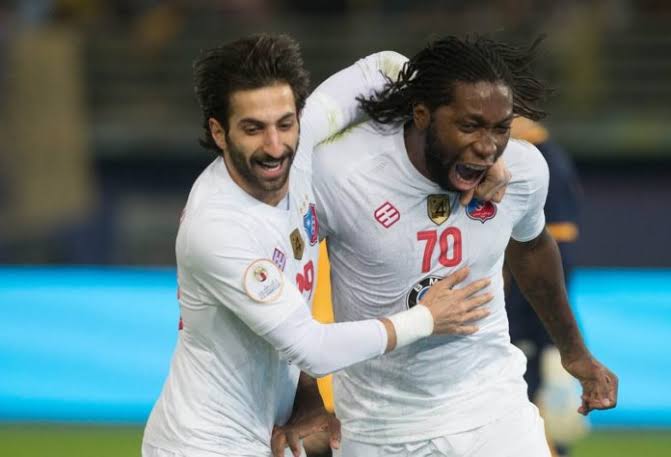 Not many professional footballers can boast of such a feat. Winning eight league titles in four different championships around the world is not a common statistics for the majority. It takes consistency, hard work and an injury free career to sign up in this echelon.

Dieumerci Mbokani adds a trophy to his trophy cabinet. The Congolese striker and his club Kuwait SC have won the Kuwait league with one day to spare. Kuwait SC won 2-0 at Al Shabab on Tuesday, while runners-up Kazma SC played out a goalless draw at Qdasia SC on Wednesday night to ensure they finished top of the league.

With one matchday remaining, Kuwait SC are four points clear of Kazma SC. They can no longer be matched on points. This is the tenth league title for this team. Dieumerci Mbokani won the championship of a fourth country in his football career. He first won in his home country, DR Congo. That was with TP Mazembe in 2006.

Then Mbokani made a splash in Belgium, where he won five titles: twice with Standard Liege (2008 and 2009) and three times with Royal Sporting Club Anderlecht (2007, 2012 and 2013). The Congolese was also Ukrainian champion with Dynamo Kiev in 2014.

Mbokani also played for French side AS Monaco in 2010 where he failed to impress. He also had loan spells in the English Premier League playing for Norwich City and Hull City.

He equally had a loan spell at Wolfsburg in German Bundesliga where he played just seven games without finding the back of the net.

The 36 years old striker is still an active infield player and still plays for the DR Congolese national team.