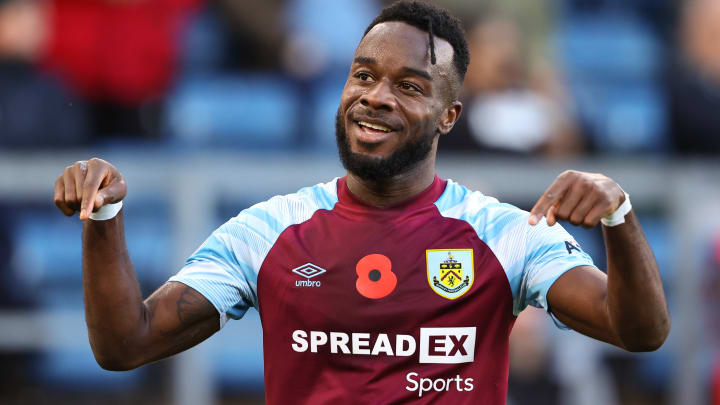 Maxwel Cornet is already a fan favorite at Burnley. The Ivorian international arrived at the English club this summer from Lyon and has been putting in a string of fine performances. In nine Premier League appearances, he has scored five goals, some more splendid than others. The big deal is the player's integration time which seems to be almost inexistent. Switching from France Ligue 1 to the English Premier League has been a torn in the flesh for most footballers in recent years. The Ivorian wing back was quick to adapt to the pacey and high intensity English game.

The Clarets fans voted him "Best Player of the Year 2021" in a vote organized by Lancslive, a local media. The 25-year-old Ivorian was voted ahead of captain Ben Mee, James Tarkowski and fellow forward Chris Wood.

Maxwel Cornet is a major doubt for his side going into the festive fixtures.

The Claret winger  was forced off injured against Newcastle two weeks ago and missed the draw with West Ham last time out.

Turf boss Sean Dyche described the 25-year-old as having an outside chance of being fit for the midweek game with Watford which was postponed two and a half hours before kick off.

But Cornet did not train last week and the chances of him featuring at Villa Park, with a busy festive period to follow, appear slim.

Dyche said: "Maxwel is still touch and go with his thigh so we just hope it settles down sooner rather than later going into Christmas."

The Clarets will hope the Ivorian will be fit to face Everton on Boxing Day with Manchester United and Leeds United to follow in quick succession.

It is the second individual award the player has won just four months after joining Sean Dyche's squad. His coach is still full of praise for the player. For him, Maxwell Cornet has completely changed Burnley's game. '' Before he came, we didn't have that ability to control the game; we couldn't keep the ball. With him, we now have several options," said a delighted Sean Dyche.