Football - Rep of Congo: A land of abandoned stadiums 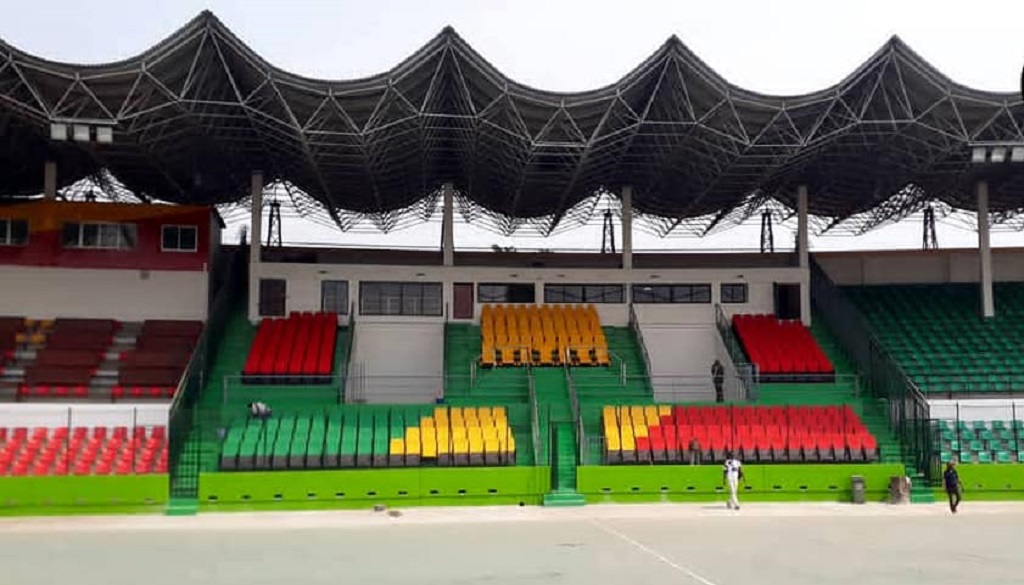 Football - Rep of Congo: A land of abandoned stadiums

Formerly a great desert in terms of sports infrastructure, Congo-Brazzaville is now provided in all its nooks and crannies of soccer stadiums. But most of these facilities are not working or are in a state of disrepair.

VIP stands, VIP 1 and 2 brand new, new locker rooms, new benches ... this is the stadium called Alphonse Massamba-Débat of Brazzaville in full rejuvenation that the public discovered since the kickoff on October 25 of the first phase of the national championship soccer League 1 of Congo-Brazzaville.

This sounds like a translation into action of one of the recommendations of the general assembly of Congolese soccer held last March in Brazzaville. The participants had demanded that the government do everything possible to bring this temple of soccer, which had just been suspended by FIFA, up to standard. And according to sources close to the ministry, the end of the renovation work is scheduled for next March.

Some 530 kilometers away, the Pointe-Noire Sports Complex, which in reality has only one soccer field, is also being renovated. As evidenced by some repainted walls and new benches with metal roofs against the old ones which were made of plastic.

But if this new decor makes the spectators happy, on the playing field, the reality is quite different. Here, the number one problem is the pitch. "Look at the two goals. There is almost no grass left. And we players have difficulty to evolve because of these potholes or puddles that form at the slightest drop of rain," complains the midfielder of a club in the capital who wished to speak on condition of anonymity.

The Pointe-Noire sports complex, formerly known as the Mvoulaléa stadium, was renovated in 2006 in prelude to the 2007 African Youth Championship. FIFA had donated an artificial turf to the Congolese state.

An artificial turf of more than ten years!
But this lawn is no longer maintained. The machine used to spread the granulate to keep the lawn in shape is broken. Almost out of order, immobilized at a corner of the stadium, it has suffered in the total and collective indifference the dictatorship of bad weather for many years.

The same fate for the electronic scoreboard which has not been lit for more than ten years. The same goes for the toilets which have been out of order for ages.Everything seems to make us believe that the Pointe-Noire Sports Complex has become a set of relics that are deteriorating with the passing of time probably until it disappears completely.

However, in Congo-Brazzaville, there is not only Massamba-Débat and Sports Complex of Pointe-Noire. There are also these stadiums, fruits of the "accelerated municipalization". Between 2004 and 2016, the Congolese government, as part of the celebration of Independence Day (August 15), built modern infrastructure in the hinterland, in order to bring it up to the same standard as big cities.

Abandoned stadiums
A soccer stadium was therefore built in the capital of each region or department as it is called here. This is the case of the Marien Ngouabi stadium of AS Otoho in Owando, the capital of the Cuvette department in the north, most of the stadiums are now abandoned. The Paul Sayal Moukila stadium of AC Léopards in Dolisie, capital of the Niari department in the south, was renovated and expanded as a result of the accelerated municipalization process in 2006. These are the only stadiums in the hinterland that host soccer matches, as their clubs are in the elite.

However, except for occasional activities such as the greening of elite clubs, as recently in Sibiti for AC Leopards, most of the stadiums built under the accelerated municipalization process are almost abandoned. The fault lies in the lack of sports activities in these localities. "Building stadiums in the interior of the country is good. But today, one wonders what they are used for as there is no sports activity taking place there", lamented recently, the president of a club in Pointe-Noire.

If at each inauguration the government was praised for having provided the hinterland with "sports jewels", these jewels have ostensibly faded for lack of not only sports activities, but also maintenance. Financial difficulties related to the economic crisis are often cited as the reason for this state of affairs.

So when will what economists call "return on investment" for these stadiums come? This is the fundamental question that the Congolese public authorities should or must answer.