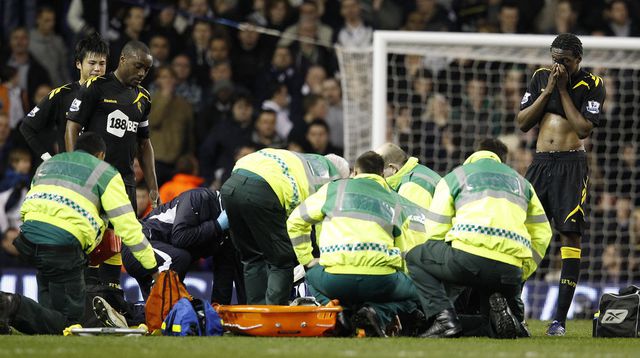 The number of deaths on the pitch due to heart problems has increased over the last two months. This is a wake-up call for the world of sport in general, and football in particular.

Sudden deaths" are on the rise in football stadiums. In Mexico with the death of the player of the Tornado club, Taouifik Ramzy, in Egypt with the goalkeeper of a third division club Ahmad Amine. The list is long. In just two months, the world of football has seen no less than five deaths due to cardiac arrest.

The latest was that of the captain of MC Saida (Algeria), Sofiane Loukar, who died at the age of 30 following a shock during a match. How then can we explain the frequency of such accidents in stadiums? How can players be protected from cardiac arrest in the middle of their activity?

Correlation between flu viruses and cardiac arrest
According to a recent scientific study, reveals Le360sport, the risk of cardiac arrest has become the main danger facing players. The doctor of the Chaba Al Massira club, Youness Sihla, agrees and says that sudden death is caused by "a heart deficit that is difficult to detect.

More worrying, alerts the Moroccan website Le360sport, is the analysis of a doctor at the regional hospital of Benslimane (Morocco). Interviewed by the media, the latter argued that there is a correlation between flu viruses and cardiac arrest. "Whenever a player suffers from the flu, he should automatically stop training and exerting himself, as this may accentuate the weakness of the heart," he advised.

He also advocated heart tests before the start of each season and a follow-up during the season, as well as the provision of a defibrillator in the stadiums to have the right diagnosis of the heart rhythm of the victim of a malaise and to take the right decision during the first minutes to avoid a drama.