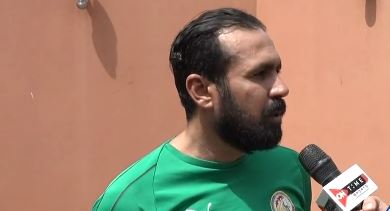 In the midst of the African Cup of Nations, Senegal is parting with its Egyptian video analyst
Mostafa Mounir. The decision was taken because he is Egyptian and the two nations will face each other in the play-offs for the 2022 World Cup.

The story might be funny, but when it comes to qualifying for the World Cup, nothing is left to chance. The Senegalese national team has just confirmed this by thanking their video analyst, Mostafa Mounir. The Lions of Teranga have no complaints about the technician, except for one detail: he is Egyptian. And ironically, Senegal and Egypt will face each other next March in the play-offs for the 2022 World Cup. Inevitably attached to his country, despite the work done with the Senegalese staff, the video analyst could hardly keep his job.

A decision that the main interested party understands perfectly. "After I left the Egyptian women's team, I contacted Aliou Cisse, with whom I have a strong friendship," Mostafa Mounir told ONTime Sport. "He offered me to work in the staff for the AFCON 2021. But after the draw for the World Cup, he told me in a friendly meeting that it would be difficult for me to continue with the technical staff and dismissed me. The decision was not his. It came from higher up.''

"I couldn't help Senegal against my country''
This dismissal, Mostafa Mounir does not hold it against the staff of Senegal and takes it philosophically. He even admits that his patriotism would have been a brake in his work for this clash between Pharaohs and Lions of Teranga. "I understood this decision and I accepted it. Especially since I am very loyal to my country, and as my job is to analyze the performance of the opponent with reports and videos, I could not help Senegal against my country," he conceded.

"The World Cup is an important tournament and an event that everyone is waiting for. The Senegalese Federation has paid me all my allowances and I wish the Egyptian and Senegalese teams success in the current tournament," he concluded. A collaboration that ends in the middle of the African Cup of Nations, while the two parties had good relations. They should, in principle, remain so, even if Egypt and Senegal could meet in the final of the competition on 6 February.

Senegal has dismissed Mostafa Mounir, an Egyptian tactical analyst for the team, following the #WCQ draw.

Mounir says he understands the decision and has no hard feelings. He praised coach Aliou Cissé, who tells Mounir the decision “came from higher up.”pic.twitter.com/Itzr7CsJAH