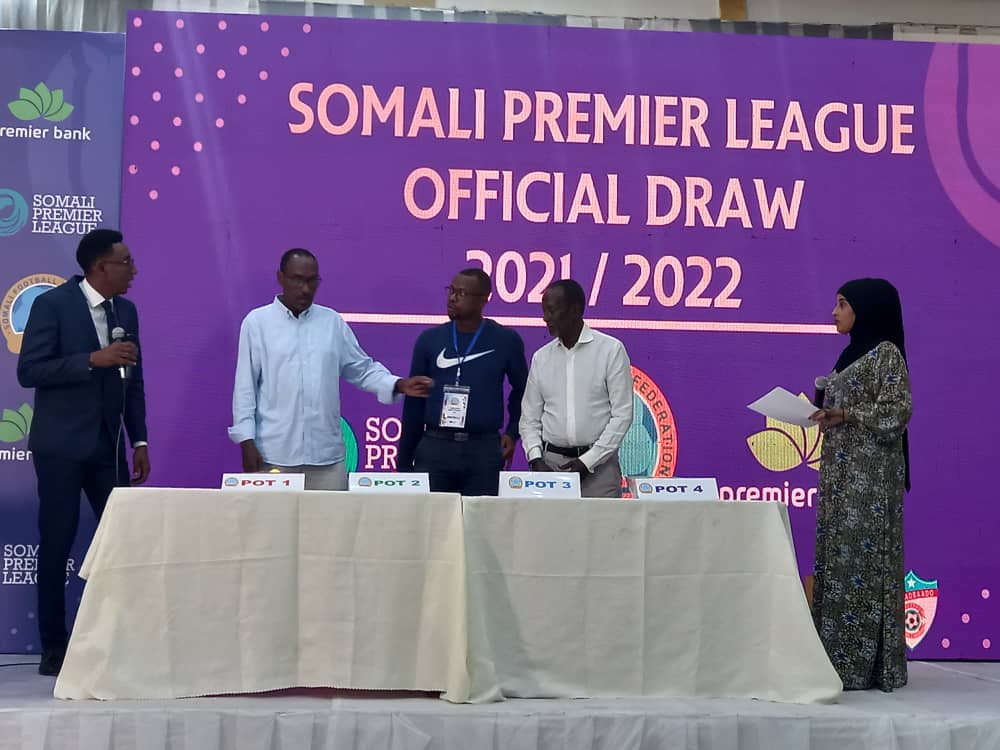 Yusuf Ahmed, the General Secretary of the Somali Football Federation (SSF) told Sport News Africa during the launch in Mogadishu that they are happy to finally have the League kick-off.

“It is true we are starting late because of some challenges, but we are glad finally action returns to the field,” added Ahmed.

The draw for the fixtures took place at the Guryosamo Restaurant in the Somalia capital Mogadishu.

Ali Abdi Mohamed, the Acting President of the Somali Football made it clear that they are determined to see the Premier League and the Lower Division run successfully. “We shall make sure that everything is run in a professional manner,” added Ali Abdi Mohamed.

Hussien Mbalangu, the Ugandan coach who handled Mogadishu City Council (MCC FC) said he is hungry to see his team come out top this season. “We have been preparing in the last few weeks with the younger players and only start full training with the whole team on May 9th,” said Mbalangu.

But before the Premier League kicks-off, the reigning champions Horseed FC will face MCC in the Super Cup on May 27th in Mogadishu.