Football - Tunisia: A destination of salary arrears and unpaid bonuses 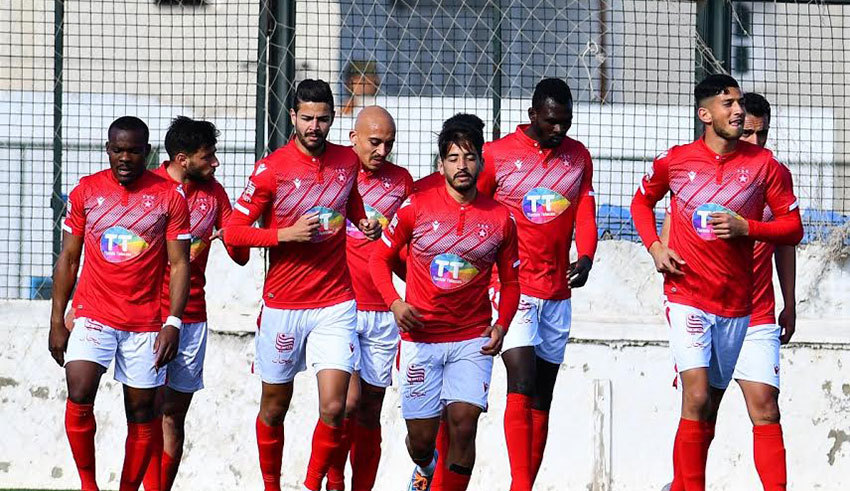 Football - Tunisia: A destination of salary arrears and unpaid bonuses

In its report published on June 6, the International Federation of Professional Footballers (FIFPRO) criticized "systematic and widespread contractual violations" in the clubs of seven countries: Algeria, China, Turkey, Greece (D2), Romania, Libya and Saudi Arabia. Tunisia is the other country of unpaid players and salary arrears. And the phenomenon does not spare even the most experienced and best known technicians.

The FIFA Dispute Resolution Chamber will have its work cut out for it. Non-payment of salaries is not only a "recurring problem for players in Algeria, Saudi Arabia, Romania and Turkey" as FIFPRO laments. It is even more widespread in Tunisia. Apart from Esperance of Tunis, 6th time in a row champion of Tunisia, all other clubs are struggling to honor their commitments.

The Algerian Hocine Benayada, a symbol of the difficulties of clubs
Last March, after 4 months without pay, the Ivorian international Souleymane Coulibaly had terminated his contract with Etoile Sahel. It was believed that things would change in this historic club in Tunisia. Everything got worse. The entourage of Hocine Benayada told Sport News Africa that the Fennec has gone for more than a year without any salary received at Etoile Sahel. If the Algerian international has held out, it is thanks to his premiums in selection. Since he joined Etoile Sahel on February 21, 2021, the Algerian has received only two times 10,000 euros. And that was just the first two months. Like all his other teammates, the former player of ASM Oran has claimed in vain his arrears. Houcine Benayada has one of the largest salaries of the club. He was to receive 77,000 dinars (about 23,500 euros) per month. Even if he has a way out, the Algerian is determined to return to his funds at any cost.

His entourage has made known that Benayada will refer to FIFA to recover all his 14 months of salary arrears. The club will have to pay an amount close to 309 000 euros. At CS Sfaxien, strikes have been recurrent because of unpaid wages. Suffering but especially unable to find funds for a smooth running of the club, the president Moncef Khemakhem threw in the towel. He is far from being the only one in this case in Tunisia. Maher Karoui, president of ESS had to resign for the same reasons. The CA Bizertin faces the same difficulties.

The technicians also claim their due
In early February, the Italian technician Giovanni Solinas, had decided to leave the CS Sfaxien to the surprise. In 6 months on the bench, he had managed to put the team on track. We learned later that the former coach of Kaizer Chiefs had decided to pack up because of the financial difficulties of the training of Sfax. Last March, after mixed results, the French technician Roger Lemerre had left the ship of Etoile du Sahel. Since then, the winner of the AFCON 2004 with Tunisia awaits his due. Lemerre was forced to refer to the Commission of Disputes of the Tunisian Football Federation to claim the payment of 200,000 dinars (about 64,000 euros). A sum that corresponds to his unpaid wages and severance pay. At the beginning of the season, Lassaad Dridi had withdrawn for the same reasons. The former coach of France will still wait a long time before seeing the color of this sum.

The Federation opens bank accounts to settle disputes
The Tunisian Football Federation (FTF) has set the date of July 9 as the opening day of the local market. League 1 clubs will then have until September 30 to make transfers. But the governing body of soccer in Tunisia is aware that the majority of clubs in the elite will sign contracts with players they will be unable to pay because of the severe lack of financial means. From the beginning until the end of the season 2021-2022, there have been strikes because of unpaid salaries for months. CSS and ESS have gone so far as to request the FTF to open bank accounts to settle their financial disputes.

Club fans are urged to lend their support to help clubs pay players' salaries and avoid being taken to the FIFA Tribunal once again. Given the huge sums of money that clubs have to pay, it would not be surprising to see a number of clubs being deprived of recruitments when all the unpaid players' files will land on the table of the FIFA Dispute Resolution Chamber. The previous season, it was the fans and former managers of Club Africain who mobilized to pay the debts and narrowly avoid FIFA sanctions. It will be necessary to review the economic model of Tunisian clubs to make the championship more viable and attractive. The management of patrons has shown its limits.