Gianni Infantino: "Egypt and Morocco are capable of hosting the World Cup'' 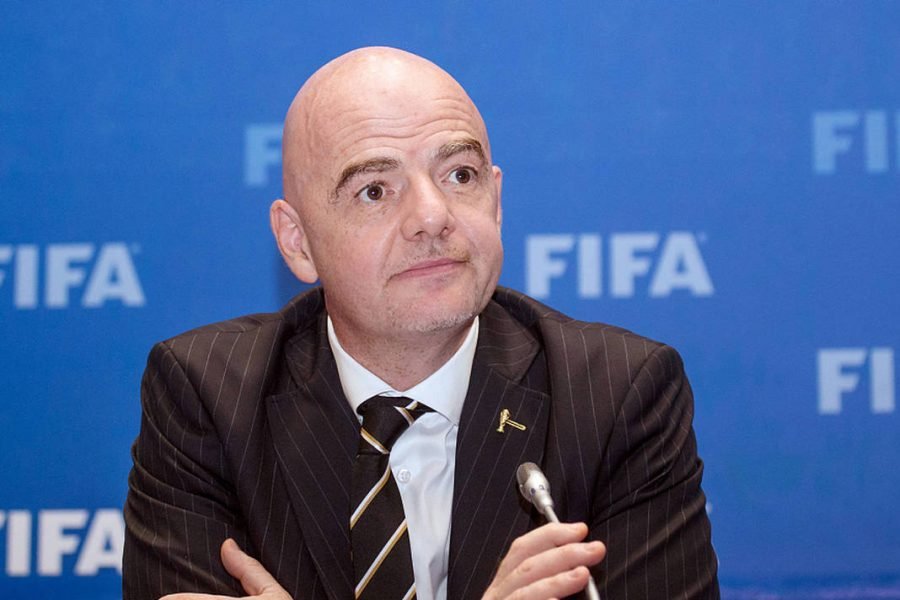 Gianni Infantino: "Egypt and Morocco are capable of hosting the World Cup''

The head of the International Football Federation (FIFA), Gianni Infantino, has been full of praise for Qatar after its successful hosting of the Arab Cup of Nations, a first test before the 2022 World Cup in the same country. For the Swiss-Italian, other Arab countries, such as Morocco and Egypt, are also capable of hosting the World Cup.

Gianni Infantino has praised Qatar for hosting the Arab Nations Cup. Speaking to MBC1, the world football boss highlighted the success of the tournament in Qatar. A first successful test before the 2022 World Cup in the same country.

For the Swiss-Italian, the successful organization of the tournament gives an idea of the capacity to hold such large-scale events in the Arab world. "There are Arab countries capable of hosting the World Cup, such as Saudi Arabia, Egypt, which hosted the African Cup of Nations, and Morocco, which has submitted a bid to host the competition," Infantino told MBC1. "The Arab world is eager to host a major event, and all the countries mentioned have distinguished stadiums," the world football boss added.

Infantino has already made a few visits to Morocco where he was impressed by the quality of the infrastructure. "I have been to Morocco several times and I have seen not only the passion for football, but also the seriousness of the work done by the Federation," he said during his last trip.

The Kingdom has already tried several times to host the World Cup: 1994, 1998, 2006, 2010 and 2026. Each time it failed to win the bid against the United States, France, Germany, South Africa and the American trio Canada-US-Mexico. Countries better endowed with infrastructure and more influential at the international level.

Morocco has nevertheless consoled itself with the Club World Cup twice, in 2013 and 2014. But the Kingdom is not giving up its dream of hosting a World Cup. It has expressed its willingness to apply to host the 2030 World Cup. In the past, Infantino has even mentioned the idea of a joint bid involving Morocco, Spain and Portugal, countries that are closely located geographically. This would be more feasible for the Moroccans given the number of teams that will compete in the tournament.