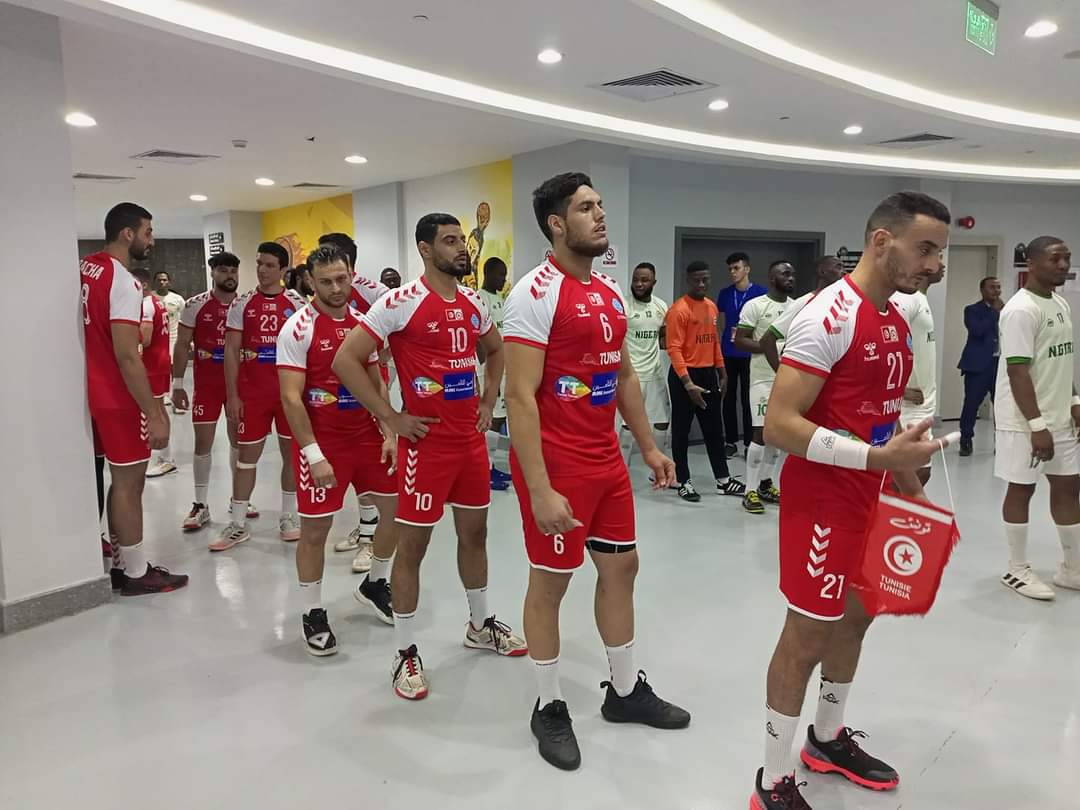 For this 25th edition of the AFCON Handball (July 11 to 18), Tunisia is housed in pool C with Cape Verde and Nigeria. Beaten in the final (27-23) by the Pharaohs of Egypt during the previous edition in Tunis, the Eagles are determined to take their revenge in Cairo. To snatch their 11th title in their great rivals, the Tunisians must imperatively raise its level of play.

In twenty-four editions of the African Nations Championship of handball, Tunisia has been crowned ten times. The two other countries to be crowned are Algeria (7 times) and Egypt (7 times). An overwhelming domination of North Africa. Until now, no sub-Saharan country has managed to win the trophy of this major competition. The opportunity will be given to them again from July 11 to 18 in Cairo (Egypt) for the 25th final phase.

Egypt, the intimate enemy
Between the three countries crowned reigns a strong rivalry. The fans of the Eagles of Carthage had not been able to digest to see their team lose the final (23-27) before the Egyptians in the hall of Rades in 2020. The final was interrupted because of throwing bottles and the invasion of the floor by zealous fans.

Worse, an Egyptian player was assaulted. Many still had in mind the final won (26-24) by Tunisia before the same Egyptians in 2018 in Gabon. They could not admit that the Pharaohs outclassed Tunisia in Tunis in a packed room.

The African Confederation had sanctioned the Tunisian Handball Federation (FTHB). In addition to the ban on organizing international competitions for two years, the FTHB had to pay a fine of 15 000 euros.

The coach of the Eagles of Carthage, the Spaniard Toni Gerona, was fired in the wake. The Egyptian public, which does not have a short memory, will certainly reserve a cold reception to the Tunisian delegation. Probably, the hostility will be total even before the Tunisians do not cross the path of the Pharaohs in the competition.

Boughanmi, the guide
For this 25th edition, the Tunisian coach, Sami Saidi, has integrated 6 expatriates in his group of 18 players. These are the goalkeepers Yassine Belgaied (Sporting Lisbon, Portugal) and Mehdi Harbaoui (Sélestat, France), the pivot Jihed Jaballah (Dunkerque, France), the left backs Mohamed Ridha Frad (Al Salmiya, Kuwait) and Oussema Jaziri (Al Ahly, Egypt) and the center half Mohamed Amine Darmoul (Minden, Germany). Mohamed Soussi who had shone at the previous competition was not selected.

Marouène Chouiref and Oussama Hosni, two pillars of the team, were dismissed for disciplinary reasons. Winner of the 2012 edition, the Esperance player Oussema Boughanmi (32 years) will guide the young generation for the operation reconquest. He knows Cairo well. This is where he had lost the final of 2016 against the same Egyptian rivals. The only edition where Tunisia has been crowned on the Nile, it was in 2010. The Tunisians have lost two finals and won twice the bronze.

"We are doomed to regain the title.
After triumphing in Tunis in 2020, Egypt made an even more impressive show of strength in Oran during the Mediterranean Games 2022. The Pharaohs have climbed on the podium with their silver medal. They upset  the Spaniards in the final (27-28). During the competition, they outclassed (30-26) the Tunisians.

The coach of Tunisia will have to find the tactical schemes to lead his men on the roof of Africa. Questioned in March about his objectives, he did not take a detour to express great ambitions. I must remind you that I was hired by the Federation, with a contract, for only two objectives: the 2022 African Cup of Nations and the 2023 World Cup," he said in the newspaper La Presse. And it is on these two events that I will now focus my work. By focusing on young people, only young people, who will have to form a homogeneous, solid and ambitious group in order to become more competitive by the time of the AFCON challenge for which we are condemned to triumph in order to regain the African title."

Thirteen countries are taking part. The teams are divided into 4 groups. The top two in each group qualify for the quarterfinals. And the 5 best teams of the competition will represent Africa at the World Championship 2023 (Poland and Sweden).