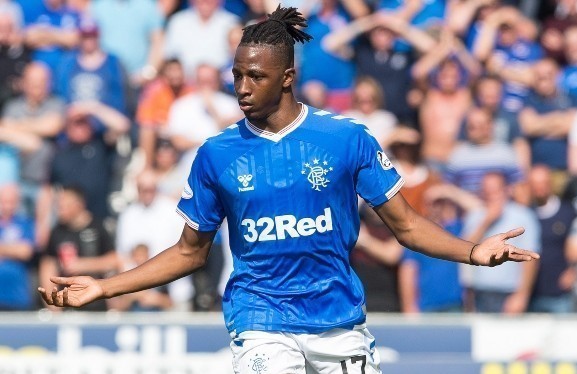 Rangers will have to finish the job they started against Dortmund in the first leg of the play-offs (4-2 win) if they are to qualify for the last eight of the Europa League. In the second leg, the Scots will be able to count on their home fans and especially on their two Nigerians Joe Aribo and Calvin Bassey, who were brilliant in Germany.

Nigeria have been left very disappointed at the 2021 Africa Cup of Nations, having been eliminated in the last eight by Tunisia. The "Super Eagles" had however regaled in the first round with an attractive team whose game was highlighted by interesting profiles in different positions. In midfield in particular, a figure quickly emerged. And it was not necessarily the one we expected the most: Ndidi, who was already one of the best known players. But it was his compatriot Joe Aribo in the Nigerians' enviable double pivot.

Joe Aribo, the all-rounder
Somewhere in Europe, he is doing the rounds of a mythical club with a slightly higher starting position on the pitch. No matter, Joe Aribo has a large volume of play and is versatile. As a "8" or a "10" or even as a "winger", the "Super Eagle" often expresses himself thanks to his qualities, whatever the phase of the game. From recovery to projection and construction, the Rangers 17 impresses. At the Zignal Iduna Park in Dortmund, the Nigerian, with his socks down, was precious in the transitions for his team which was pressing high. He finished the match with an assist, his fifth since the start of the season. At 25, he has now scored 7 goals in the league. With his good performances, Joe Aribo should not last too long in Scotland. Several English clubs were ready to welcome him this winter.

⏰ One day until our @EuropaLeague second-leg at a sold-out Ibrox.pic.twitter.com/oHTuSjOYF1

Calvin Bassey, the other formidable Ranger
Glasgow Rangers' other Nigerian did not play in the Africa Cup of Nations, but he was called up for the first round of World Cup qualifiers without playing a single minute. Calvin Bassey is playing an important role this season for the reigning Scottish champions. Dortmund are still without the injured Erling Haaland, but the 22-year-old defender had a good game in the first leg. Even if Dortmund reduced the score twice with two long-range shots, Bassey was solid defensively and reassuring with the ball.

He is capable of playing at left-back from time to time and has provided two assists in the league in this position, the last time being for his compatriot. On the web, Nigerian fans are already excited about Bassey's season. He played only a few games in the previous season.