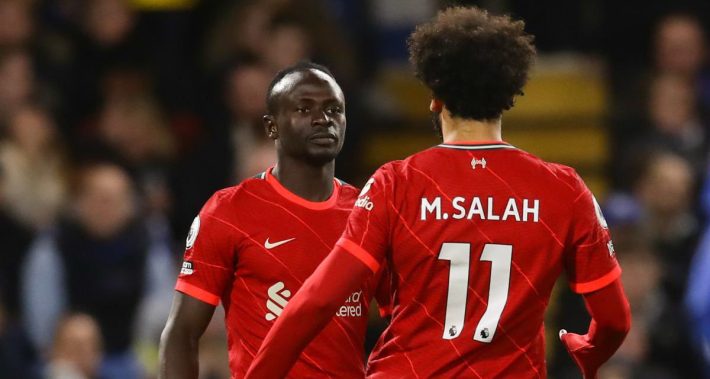 The Egyptian striker has scored some of his best goals for Liverpool. Here is his coach's selection.

"Nobody would have imagined when he scored his first goal against Watford (3-3, 12 August 2017) that he would then go on to add another 149," confessed the German coach. It's really very special. I can't remember all of his goals, but many of them stick in my mind. The one today (Saturday) was pretty good to be honest.''

Before his eyes went wide for the 150th, Klopp had been raving about a few other nuggets from the Egyptian. He rewinds: "I remember the one against Chelsea when he came in on his left foot, before firing a missile into the far corner. There were also the ones with dribbles against (Manchester) City and Watford. And the one against Manchester United with an assist from Alisson. His very first goal against Watford was perhaps the easiest of all the ones he scored here."

Klopp's nod to Luis Diaz
The Liverpool manager was quick to give a nod to his new signing. "If Luis Diaz could do the same, after scoring his first goal today (Saturday), that would be nice," smiled Jurgen Klopp. The Colombian arrived at Liverpool this winter from FC Porto and has a long way to go.

A milestone moment for Mo, Diaz's first in Red and a stunner from Sadio 🤩

There's plenty of content to enjoy over on LFCTV GO, Reds 🙌

Mohamed Salah is the Premier League's top scorer with 17 goals. He is followed on the podium by teammate Diogo Joto (12) and Raheem Sterling (10, Manchester City).

In the Champions League, he is the third most prolific scorer in the competition with eight goals. He is two behind Sebastien Haller (Ajax Amsterdam) and one behind Robert Lewandowski (Bayern Munich).