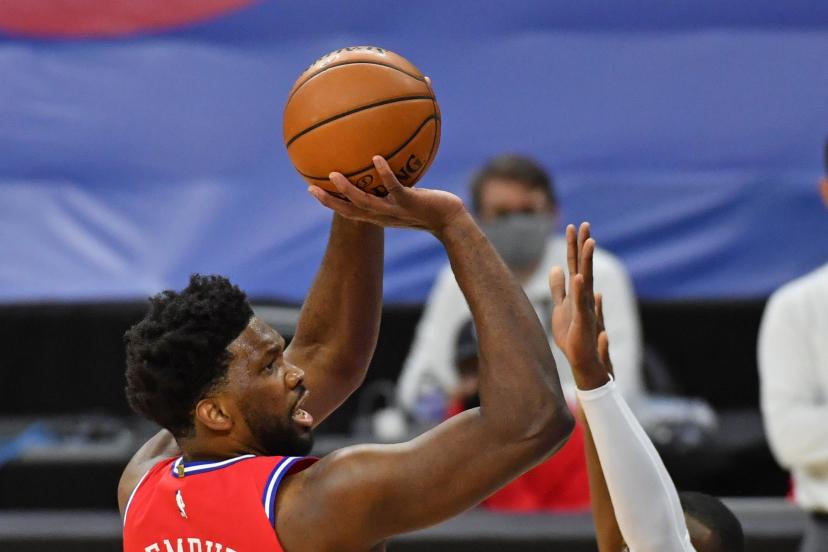 Philadelphia's 108-103 win over Boston on Monday night (December 20-21) moved them into 6th place in the Eastern Conference standings. The win was led by Joel Embiid, who scored 41 points (14/27 shooting) and 10 rebounds. To which must be added 5 assists and 4 rebounds. Impressive stats, rare in the history of the NBA, but above all a personal contribution of the highest order for his team.

Since the beginning of the season, the stats have been ringing. The Sixers are not the same with or without Joel Embiid. When the Cameroonian was hit by Covid-19, Philly was struggling to keep its head above water while waiting for its star to return. Their oxygen. The team had fallen in the standings when it was leading before the boss' long absence.

Today, Philadelphia has a positive record, 16-15. The Sixers are in the right direction, an upward spiral since the return of the Cameroonian pivot. The latter illustrates himself night after night. It was again the case at the TD Garden. Despite, on the Celtics side, a fiery Enes Kanter, Joel Embiid made his show. He had a great performance with 17 points in the fourth quarter, including the last nine for his team.

With his stats line drawn against Boston, the Cameroonian integrates a closed circle where only six heads were admitted until now. Indeed, according to StatMuse, before Embiid, five NBA players had achieved these figures. LeBron James, Anthony Davis and Kareem Abdul-Jabbar are among them.

But basketball being a team game, Philadelphia also had two of Embiid's lieutenants: Seth Curry (26 points at 10/14) and Tobias Harris (25 points, 7 rebounds).