Nigeria climb up on FIFA Ranking despite Afcon early exit 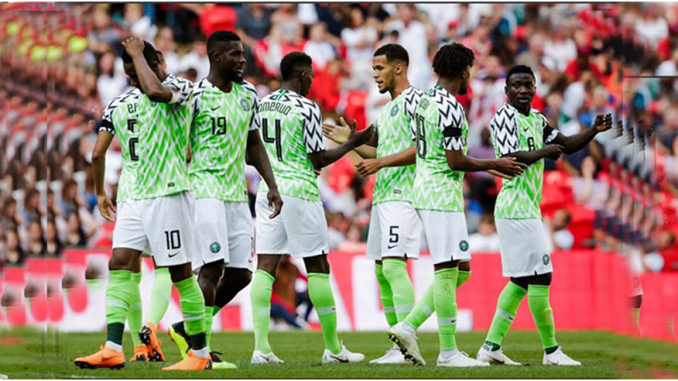 Nigeria climbed up four places to 32nd in the latest FIFA Ranking released by the world football governing body on Thursday.

Despite a knockout stage exit from the just concluded 2021 Africa Cup of Nations, the Super Eagles finished in style from the group stages, garnering nine points before bowing out of the competition againstTunisia in the Round of 16.

The Round of 16 crash in Garoua suffered by the team marked their worst outing in 40 years, which was heavily blamed on the distractions, especially the call from Nigeria president Muhammed Buhari on the eve of the match.

In spite the early crash, the West Africans commanding displays in the group phase had seen interim manager Austin Eguavoen earned a contract extension in charge of the team ahead of upcoming campaign.

The three-time African champions are scheduled to face Ghana in the final World Cup play-offs in Africa as a result of being among the best five teams. Although the new FIFA ranking may not have impact on World Cup qualifying, it will serve as a morale booster for the squad who are now 29 places above the Black Stars of Ghana.

On the other hand, newest AFCON winners, Senegal maintained the spot as the best team on the continent, followed by Morocco, Nigeria, Egypt, Tunisia, Cameroon, Algeria, Mali and the Ivory Coast completed the top 10 best teams on the continent.

On the global scene, Belgium retains the number one spot and are followed by Brazil, France, Argentina, England, Italy, Spain, Portugal, Denmark and Netherlands.