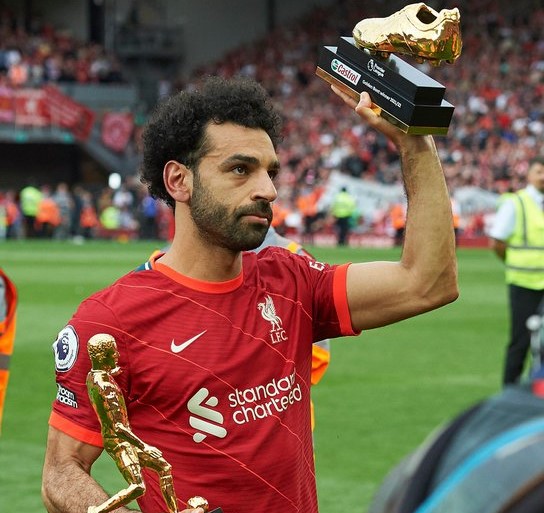 The English Premier League closed its curtain on Sunday 22 May. When it comes to assessing the performance of African players, three stand out. These are Liverpool strikers Mo Salah and Sadio Mané and an unexpected player, Joane Wissa of Brentford.

Mohamed Salah, scorer, passer.
As well as scoring goals and providing assists, Mohamed Salah has been a magician this season. Who doesn't remember his sensational goal against Manchester City (2-2) on 3 October 2021 during the 7th day of the Premier League? In just a few seconds, the Pharaoh brought down the entire Citizens' defence and then scored a goal that will go down in the annals of football. A stroke of luck? Not at all! Two weeks later, the Reds' number 11 repeated the feat against Watford (5-0). And, at that point in the season, fans and observers were right to consider Salah the best player in the world.

But after a great start to the season, the Egyptian star will experience a slump on his return from the 2021 African Cup of Nations. The final loss to Senegal of his Liverpool strike partner Sadio Mané must have left its mark. Salah has been less decisive but above all less inspired with his team. Despite this, the former Roman finished as top scorer (23 goals) and top passer (13 assists) of the season. It was anything but a fluke.

Sadio Mané, a repositioning at the top that suits him so well 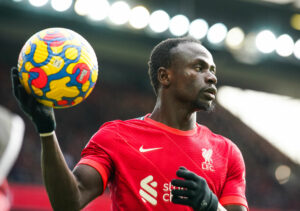 Liverpool's opponents can always try to neutralize Mo Salah, but they will have Sadio Mané to punish them. Like the Egyptian, the Senegalese is also a poison for opposing defenses. In addition to being explosive and twirling, the striker of the Lions of Teranga is increasingly deadly in the area of truth. A quality that he often lacked in previous seasons. If he was rather discreet at the beginning of the 2021-2022 season, the Lion of Teranga has stepped up his game in 2022.

The winner and best player of the 2021 African Cup of Nations, Sadio Mané has taken on a new dimension at club level since his return from the African football showpiece. Repositioned as a top striker by his coach Klopp, it was from him that the light often came on for Liverpool in the second half of the season. His 16 goals were crucial in the title race with Manchester City. Sadio is also the third African player to reach the 100-goal mark in the English league behind Didier Drogba and Mo Salah. Phenomenal. His success in front of goal is beyond belief. With Yoane Wissa, it seems as if every shot he takes on target is a goal. And if promoted Brentford have managed to stay in the Premier League this season, the Congolese international has a lot to do with it. He has scored 10 goals and provided one assist in 34 Premier League games this season. Not bad for a player who is not often a starter for the Bees and who is also discovering the English league for the first time.

His performances have attracted the interest of several European clubs. It would therefore not be a surprise to see him leave, having arrived at the club last summer from Lorient. However, there was no guarantee that Yoane would play at such a high level in the English top flight. The 25-year-old, who was the victim of an assault that almost cost him his life last July, took a risky gamble by signing for the Bees. Today, the least we can say is that he has succeeded.