PWD of Bamenda wins the Cup of Cameroon - Goal highlight 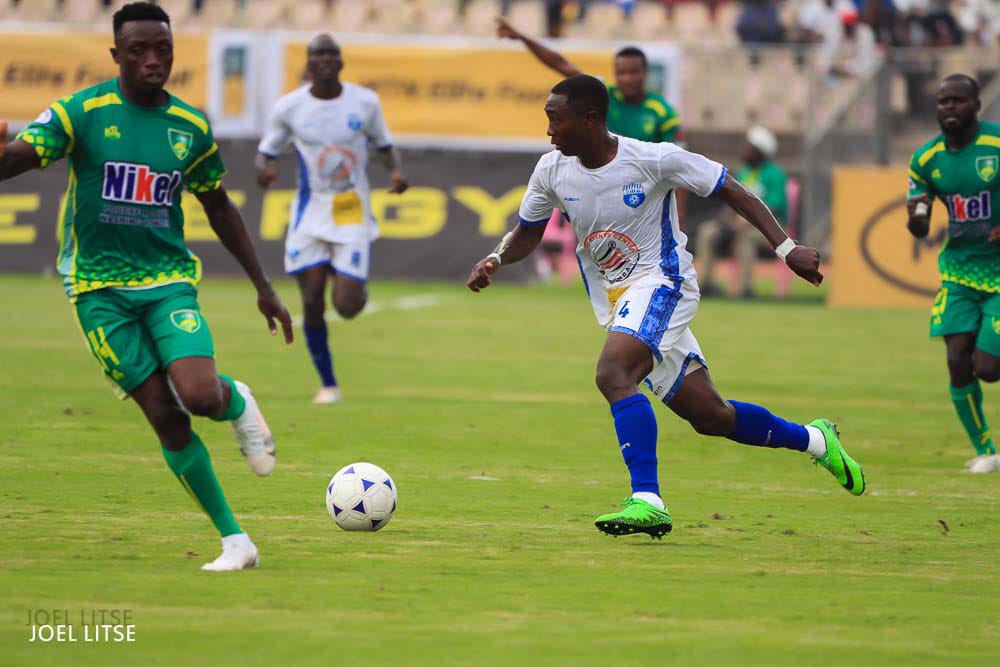 PWD of Bamenda wins the Cup of Cameroon - Goal highlight

PWD of Bamenda and Astre of Douala met in yaounde on Sunday for the cup of Cameroon finals 2021 season. The Abakwa boys looked poised for the title as they just like their opponents of the dayAstre, had neveer tasted victory in the prestigious competition.

At the end of a match devoid of spectacle, PWD of Bamenda dominated Astres of Douala (1-0). After the failures of 1967 and 1979, the champions of Cameroon 2020 finally win the first cup in their history. A free kick by Hubert Chem in the first quarter of an hour was enough to seal the fate of the match. And then, nothing more.

2021 Cup of Cameroon winners PWD Of Bamenda. What a strike to make the difference against Astre of Douala. pic.twitter.com/0Dn0w5TsqG

Basically, apart from the trophy that was at stake, the final, which was played almost eight months after the semi-finals, had (almost) nothing to celebrate. Contrary to the current rule, the winner of this match does not automatically qualify for the CAF Cup. Tired of waiting for the programming of this match by the Presidency of the Republic, of which marks the end of a season in Cameroon, the Football Federation had to designate Coton Sport of Garoua, then leader of the championship at the time to represent Cameroon at the Confederations Cup eliminatories..

After eight months of interminable waiting, the popular fan fair and glamour that usually surrounds the Cup of Cameroon finals was just not there  was naturally not there. And finally, the Head of State Paul Biya decided to grant the privilege of presiding over the final to Prime Minister Joseph Dion Ngute. Most players feel as an achievement to shake the hands of Mr Biya at the end of the game rather than the Prime Minister's.