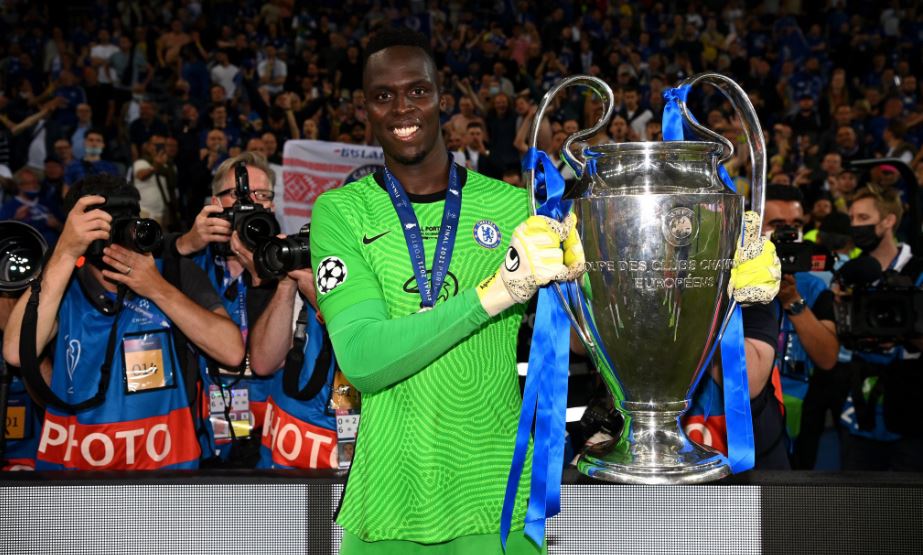 The Chelsea goalkeeper was voted on Wednesday as the Senegalese best footballer of the year ahead of Sadio Mané. This was during the counting of the votes of sports editors by the National Association of the Senegalese Sports Press (ANPS). The Senegalese international goalkeeper ends the reign of the number 10 of the Lions, winner in the last six editions.

Edouard Mendy is continuing his reaping of awards after his huge 2021 season. The Chelsea goalkeeper has won the Senegalese Ballon d'Or, awarded by Senegalese sports journalists following their votes, and succeeds Sadio Mané. The former Rennes and Reims goalkeeper won the award with 321 points, ahead of Sadio Mané (99 points) and Ismaïla Sarr (61 points).

Edouard Mendy, the clean sheet machine
Having arrived at Chelsea in the summer of 2020, Mendy immediately established himself as a reliable last line of defence. First with Frank Lampard, then under Thomas Tuchel in January 2021. The Senegalese international has put in a string of top-class performances in goal, relegating Spain's Kepa Arrizabalaga to the role of luxury understudy. The former Atletic Bilbao goalkeeper had arrived at the English club in August 2018 for more than €80 million.

His exploits have enabled the Blues to return to the English Big 4 and above all to win the prestigious Champions League ahead of Manchester City. A competition in which 'Edou' Mendy has particularly shone. The native of Montvilliers in France made 9 clean sheets (games without conceding a goal) in 12 appearances while discovering the competition for the first time. On 26 August 2021, he won the UEFA award for best goalkeeper of the season ahead of Ederson (Manchester City), Courtois (Real Madrid), Keylor Navas (PSG) and Neuer (Bayern Munich). That's all there is to it. In 2021, Mendy has kept his goal untouched 28 times in 50 games.

Beaten by Gianluigi Donnarumma for the Yachine Trophy for the world's best goalkeeper of the year last week, Mendy is still one of the favorites to succeed his compatriot Sadio Mané as African Ballon d'Or winner at the CAF Awards 2021. The Senegalese goalkeeper will be up against Egypt's Mohamed Salah and Algeria's Ryad Mahrez, and will have a good chance of winning the award after a Champions League and European Supercup triumph with Chelsea in 2021.

This season is also off to a flying start for him at club and country level. With the Blues, they finished top of their group in the Champions League, qualified for the last 16 and were Premier League leaders before losing to Man City in a 3-2 defeat to West Ham on Saturday. Along with the Senegalese Lions, they are among the favorites with Algeria for the 2021 African Cup of Nations in Cameroon. They will also play in the play-offs for the 2022 World Cup, which will take place in March.

Best local footballer in 2019, Jean-Louis Barthélémy Diouf has achieved a double success by keeping his trophy. The Génération Foot playmaker finished top scorer in the last Senegalese championship with 12 goals and 5 assists. He won ahead of the Senegalese champion with Teungueth and new Senegalese international, Moutarou Baldé, and Diambars midfielder Pape Demba Diop. Doudou Sané won the trophy for best wrestler (single wrestling) ahead of Ngagne Sène and Toubacouta. He succeeds Mouhamed Bayo, known as General Malika. It should be noted that the trophy for best wrestler (wrestling with strikes) did not have a winner because of the absence of major events in 2021. The trophies should be awarded to the winners during a gala planned for March 2022 to celebrate the fiftieth anniversary of the ANPS.