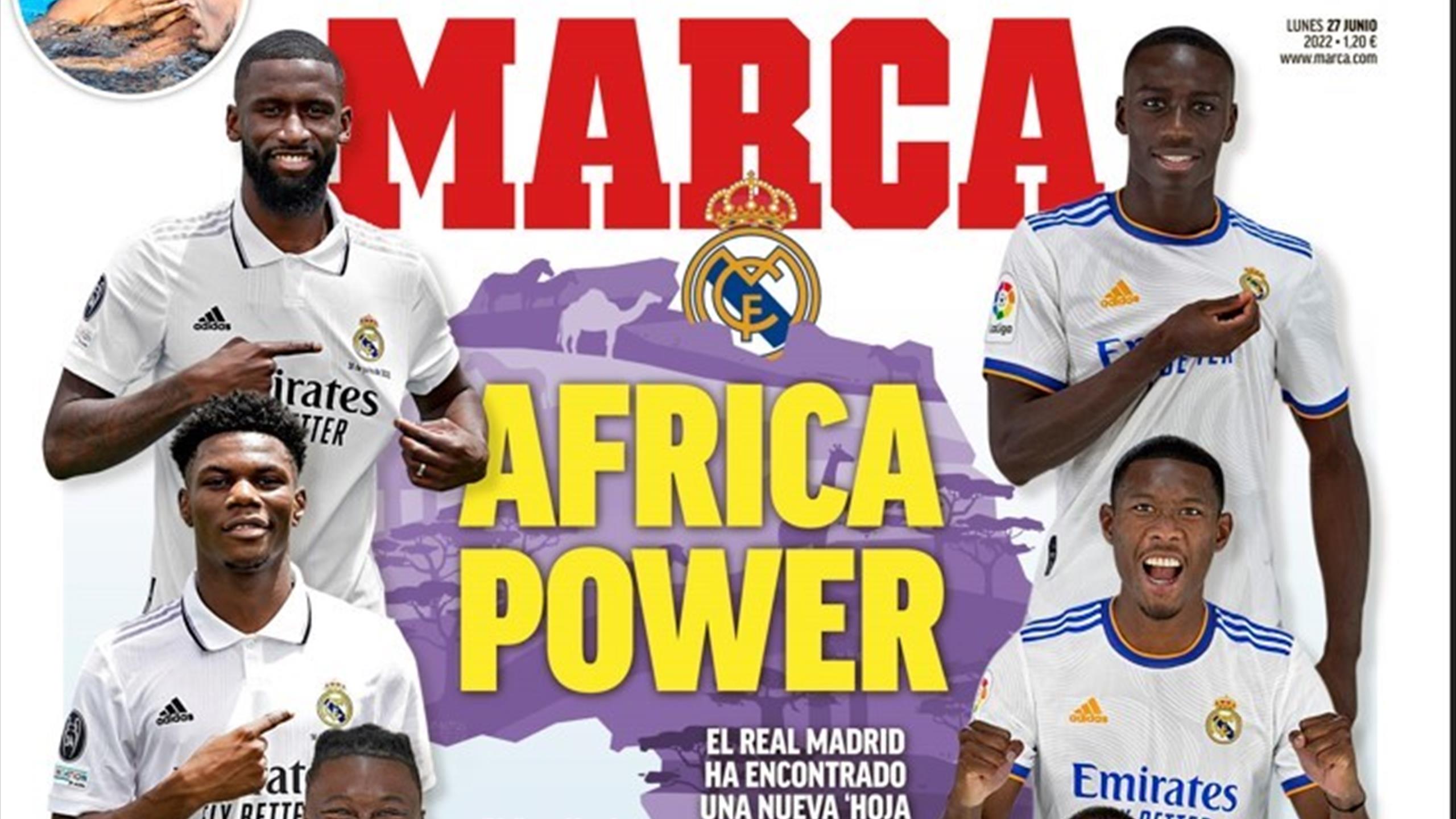 After the controversy, the apology. The Madrid newspaper Marca is seeking to explain itself after its front page on Real Madrid players of African descent.

Marca made news on Monday. The pro-Real Madrid daily wanted to be innovative. It featured several players from the squad who are of African origin, with the headline "Africa power". The backdrop is an African savannah. The newspaper also explained that Real Madrid had a new roadmap. But many Internet users and journalists protested against the front page, which was considered racist. None of the players featured represent an African team.

Speaking to RMC Sport, Pablo Polo, a journalist with Marca, gave his version of events. I don't think there was any desire to be controversial or racist by talking about the African roots of these players," said Polo. This front page is perhaps a clumsy mistake. It may not be true because obviously they are not African players, we know that. Maybe the front page is wrong, but I assure you I am sorry. I apologize if there are people who think that this front page is racist. But honestly I would like to assure you that Marca's intention was never to be racist.