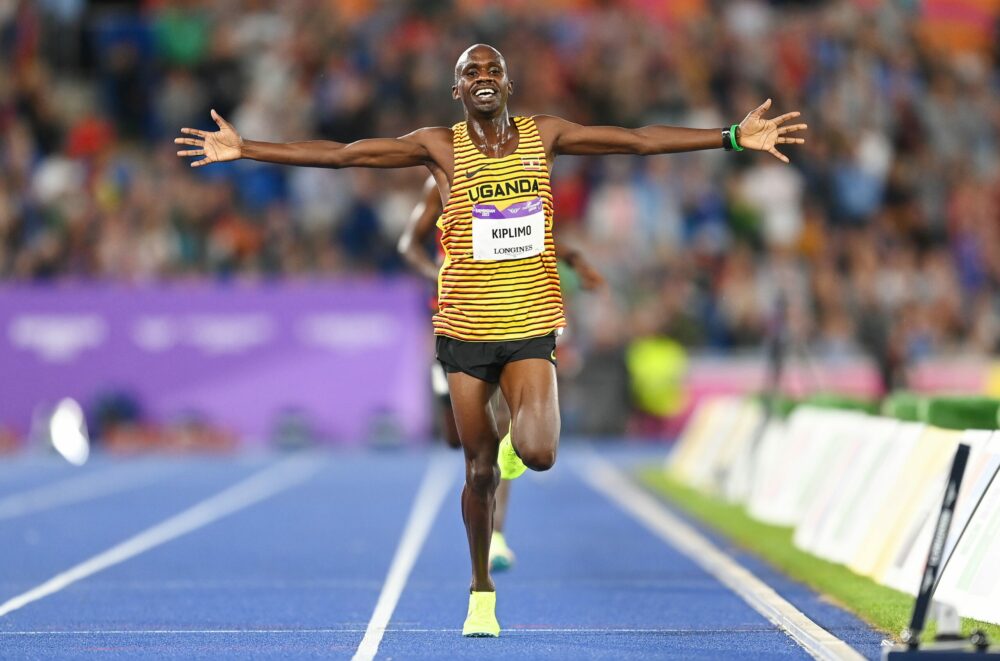 The President of Uganda, Yoweri Kaguta Museveni has praised Jacob Kiplimo for carrying the national flag high by winning a gold medal at the on-going Commonwealth Games in Birmingham.

Kiplimo won Uganda’s second gold medal at the Games on Tuesday night when he came out top in the 10,000m race.

He recorded the fastest time of 27.09:19 to break the Games record of 27.19:62 held by another Ugandan Joshua Cheptegei.

Kenya’s duo of Daniel Enebyo and Kibiwoot Kandie settled for silver and bronze in the explosive 10,000m final.

“I have learnt that in the absence of your teammate Cheptegei, you put up a brave display at the Commonwealth Games in Birmingham to ensure Uganda remained dominant in the race for Gold since 2006. I am proud of you, and so is everyone else back home,” said Museveni.

Uganda's star runner Cheptegei who won gold at the World Championship in the US over a week ago, but will miss the Games because of a hamstring injury also thanked Kiplimo for the good display.

"Huge congratulations to my all time teammate, fighter, warrior and a hero. Jacob Kiplimo. The gold comes to the pearl of Africa, from 2006 till date, we are still dominant," said Cheptegei.

Victor Kiplangat won Uganda’s first medal at the Games in the marathon on Saturday.