WAFU B U20 & U17 Championships rekindle Nigeria, Ghana rivalry 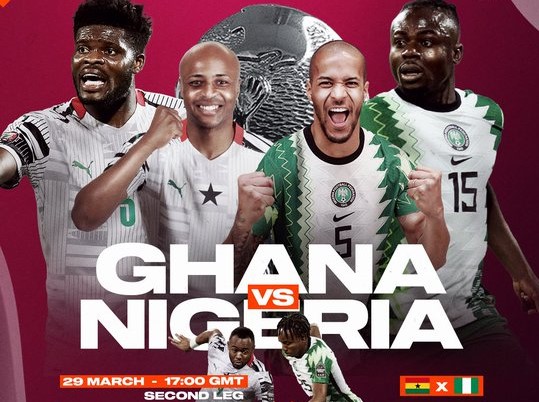 Nigeria will rekindle the long standing rivarly with Ghana after both nations were drawn in the same group for the West African Football Union U17 and U20 qualifying championship on Friday.

Five months after the Black Queens were booted out of the Women's Africa Cup of Nations qualifiers by the Super Falcons, the Black Stars of Ghana eliminated the Super Eagles in the race for the 2022 Qatar World Cup in March.

This time, at youth level, the West African regional football body on Friday conducted the draw for both U17 and U20 competitions which will also serve as the qualifiers for the 2023 U17 and 2023 U20 African Cup of Nations.

For the WAFU U17 draw, Nigeria's Golden Eaglets were drawn in group A alongside Togo and host Ghana, while the group consist of Ivory Coast, Benin, Burkina faso and Niger.

The championship, which serves as qualifiers for the 2023 edition of U17 Africa Cup of Nations, will be hosted in the Ghanaian city of Cape Coast. It will be staged from Saturday June 11 to Friday June 24, 2022 as the participating teams will challenge for the trophy as well as tickets to the Africa Cup of Nations in Algeria next year.

Meanwhile, for the U20 tournament, Flying Eagles of Nigeria will compete in Group B with Ghana and Burkina Faso and group A have Ivory Coast, Togo, Benin and host Niger.

The WAFU B U20 tournament will be staged in Niamey from May 7 to May 20, with the top two teams from each group will advance to the semi-finals of the seven-team competition reserved only for youth footballers.

While the teams will compete for the ultimate title, they will also be vying for places at the 2023 edition of the U20 Africa Cup of Nations. The top teams in the tournament will qualify for the competition to be held in Egypt from February 18, 2023 to March 12, 2023.

The top four teams from the Egypt tournament will then qualify to play in the FIFA U20 World Cup which will be staged in Indonesia later in 2023.

GROUP A - Ghana, Nigeria and Togo.