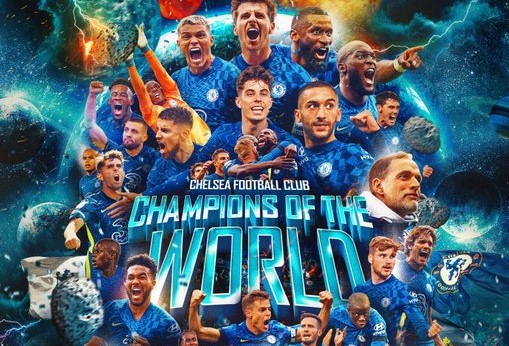 Edouard Mendy and Chelsea's Blues have won another title. Thomas' men won the Club World Cup final against Palmeiras (2-1, a.p) on Saturday. It was a superb hat-trick of victories, following on from the Champions League and European Supercup.

Edouard Mendy, a recent AFCON winner with Senegal, has won another trophy in the space of just one week. The Senegalese goalkeeper is more than ever one of the great favorites to win the African Best Player Award. Mendy is World best keeper according to FIFA, He won the Champions League last season with Chelsea and finished as best keeper of the tournament.

César Azpilicueta has become the first Chelsea player in the clubs history to win all these trophies:

Hakim Ziyech is also part of this formidable Chelsea squad that that for now has won every  available trophy in world club football. The team now has The FIFA World Club Trophy, The UEFA Champions League, The UEFA Cup, UEFA Super Cup, European Club Winner's Cup, The FA Cup, The Carabao Cup, and the Premier League.