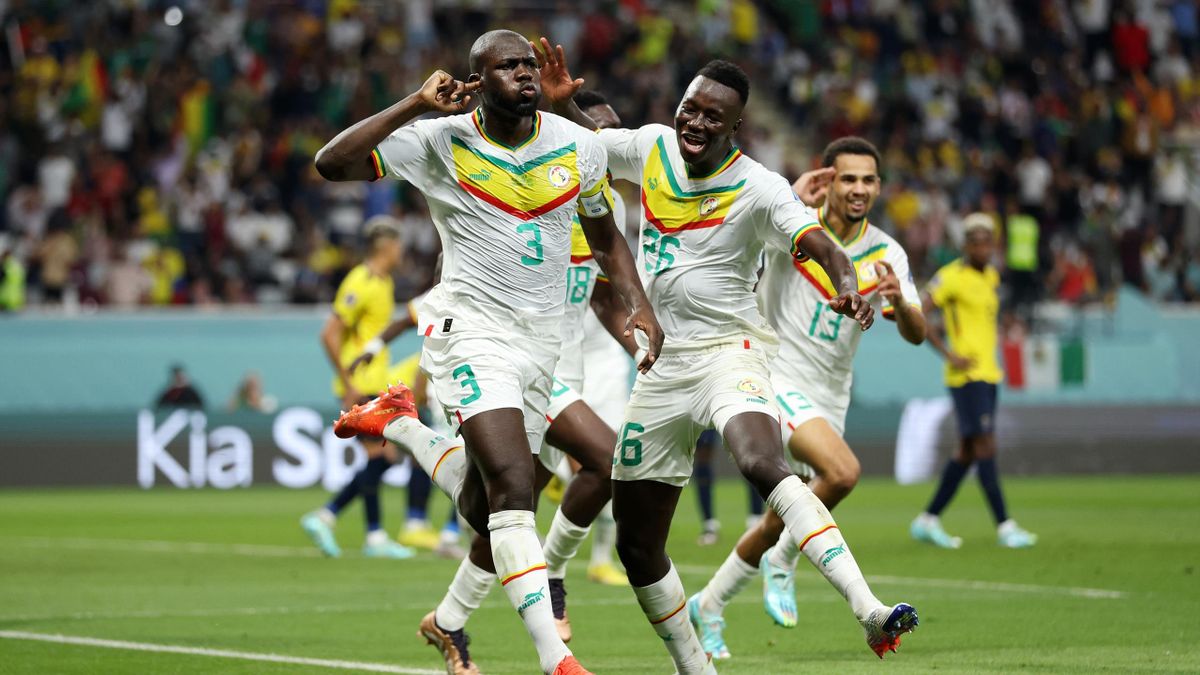 The African champions are in the last 16 of the 2022 World Cup after its victory over Ecuador, this Tuesday, November 29, for the third and final day of Group A.

By scoring the second goal of Senegal against Ecuador (2-1), Koulibaly sends the Lions in the round of 16 of the World Cup 2022. It could not come from a better source than the team captain. In the absence of star man Sadio Mane, the Senegalese have shown great solidarity and team work during this group stage of the 2022 FIFA World Cup.

Senegal beat (2-1) Ecuador, this Tuesday, November 29, for the third and final day of Group A of the World Cup 2022. With this success, the Lions qualify for the round of 16 of the competition. Ismaïla Sarr (44th, penalty) and Kalidou Koulibaly, two minutes after the equalization of Caisedo (68th), gave the victory to the men of Aliou Cissé.

The African champions (6 pts) finish second in their group behind the Netherlands, who dominated (2-0) Qatar in the other match of the group.

This is the second qualification of Senegal in three participations in the World Cup. It comes twenty years after the first one in 2002 Korea/Japan. The Lions will face the leader of the group B, which includes England, the United States, Iran and. Wales.

Holland and Senegal finished in poll positions while host Qatar end their own tournament with no points. Ecuador finished third with 4 points.