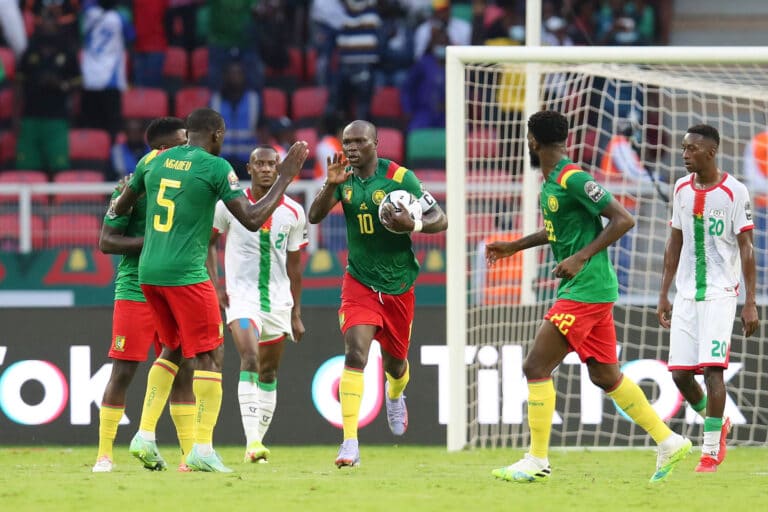 The first name to jump off Rigobert Song's 38-man shortlist has put an end to the debate that had resurfaced over who would be Cameroon's number one keeper. The main challenger to Andre Onana, Fabrice Ondoa will therefore wait a little longer before celebrating his return to the Indomitable Lions' squad.

Without a club between July 1, 2021 and March 1, 2022, the new recruit of Auda Kekava has been away from the stadiums for a long time. Even the clean sheet achieved on March 13 during his first in the Latvian championship (1-0 against Metta) did not change anything. for his return to Cameroon.

Missing key players
The lack of playing time is certainly a criterion that has eliminated a significant number of players for the selection of Cameroon. Notably, some of the executives present at the 2021 AFCON. This is the case of James Lea-Siliki. The Middlesbrough midfielder has played only one match (45 minutes) out of the last 8 for his club. Clinton Njie has played 27 minutes in the last 5 games for Dinamo Moscow.

Christian Bassogog has not played for Shanghai Shenhua since August 2021, while Yvan Neyou has disappeared from Saint-Etienne's records since the end of the African Cup of Nations on 6 February 2022. The case of Angers, Stéphane Bahoken has played a few games, while Jérôme Onguéné (RB Salzburg) has not left the infirmary. So they are not part of the Cameroon team.

Some players just do not have match fitness and game time. Arnaud Djoum and Jean-Claude Billong. The former spent the last 4 games of Apollon Limassol on the bench. The latter, back after two months of injury, played only 9 minutes in the last 3 games of Clermont in Ligue 1.

The backbone of the 2021 AFCON team is renewed
With a generation far from being particularly talented, Rigobert Song, the new coach of Cameroon, had to keep the bulk of the backbone of the AFCON 2021. The three goalkeepers have been retained. The same goes for the main defenders: Faï Collins, Michaël Ngadeu, Jean-Charles Castelletto, Ambroise Oyongo, Nouhou Tolo, Olivier Mbaïzo and Harold Moukoudi.

In midfield, Zambo Anguissa (Napoli) and Jean Onana (Bordeaux) are expected to play a big role. Even if some of them are sorely lacking in playing time like Kunde Malong (O minutes in the last 8 games of Olympiakos) or Martin Hongla (1 minute played in the last 6 games of Hellas Verona). The two midfielders will have competition in the Cameroon team.

Rigobert Song has indeed called up some newcomers who play in this position at clubs. They are Jeando Fuchs (18 games with Dundee and 9 with Peterborough), Gaël Ondoua (19 games with Hannover) and Olivier Ntcham (29 games and 3 goals with Swansea). The latter is a binational who has played with the different youth teams (from U16 to U23) in France. After a long period of hesitation, the Longjumeau native now seems fit to defend the colors of Cameroon.

Choupo-Moting stays
The Cameroon coach has also given a chance to Patient Wassou and Kevin Soni. The former was still playing for Coton Sport's U17s a few months ago, while the latter was one of Song's key players when he coached the Cameroon U23s.

Alongside these two youngsters, Leandre Tawamba is making a comeback after narrowly missing out on the 2021 African Cup of Nations in Cameroon. The striker of Al Taawon in Saudi Arabia continues to grow in the league where he is second in the scoring charts (15 goals), far ahead of Vincent Aboubakar, author of 9 goals with Al Nasr. But it is impossible to take the place of his captain at the Lions.