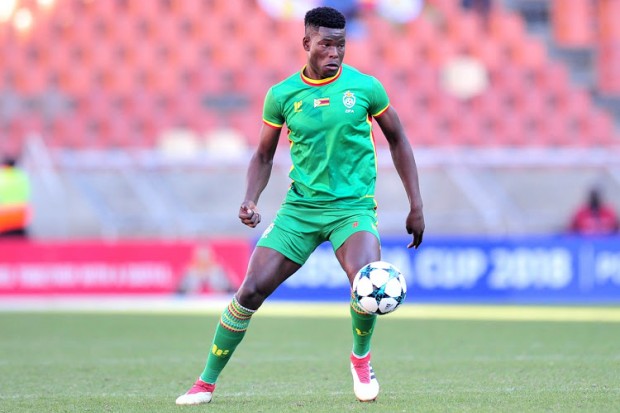 After suspending the board of the Zimbabwe Football Association (ZIFA), the country's government was sanctioned by FIFA in February. This led to the elimination of the country from the qualifiers for the next AFCON. Marshall Munetsi finds it hard to digest the current situation of Football in his country Zimbabwe.

Present at the last AFCON 2021 in Cameroon (eliminated in the 1st round), Zimbabwe then fell from grace. The country was suspended by FIFA. The reason: government interference in the functioning of soccer. The country was therefore excluded from the qualifications for the African Cup of Nations 2023. A real slap in the face for the country, and for Marshall Munetsi. The midfielder, who plays in Reims (10 starts this season in Ligue 1, one goal) has been very unsettled about the issue. He started his career in his country Zimbabwe, at Blue Rangers, and points out some real challenges faced as a football. According to him, the communication with the Zimbabwean Football Association (ZIFA) does not exist.

"The problem is that they never communicate with the players. These are people who are in positions just because they may know someone in government. They don't know anything about soccer. For us, it hurts us a lot because this is our life. It is soccer and it is something that can change a nation, that can change a lot of fortunes for the country. They have to ask us about certain things because, if you hear the accusations, it's something that has nothing to do with soccer - it's politics," Marshall Munetsi told BBC Sport Africa. He also hopes "that the government can do the right thing and make sure the team can play in the next games,

A brake on young people's dreams
Marshall Munetsi regrets this state of affairs. The 26-year-old player considers that this may break the dream of many young Zimbabweans. "This ban has affected young players who have the ambition to be like me by coming to Europe. It is playing for my national team that gave me the opportunity to play against great countries and great players. It is something sad and frustrating for us as a country and for the players. It's a very complicated issue and I just hope that the people involved can solve this problem because FIFA puts these rules (in place) to protect soccer," lamented Marshall Munetsi.